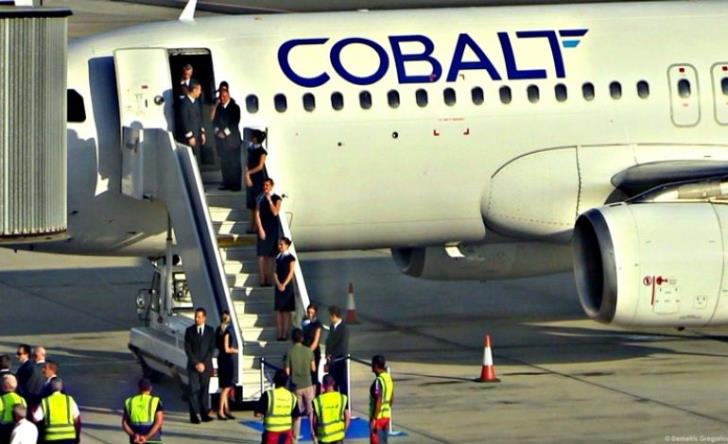 Greek Diversa announced on Wednesday that it is considering to acquire Cobalt Air, CNA reported.

“According to a decision by the Board of Directors of the Company dated 13/11/2018, Diversa SA is investigating by means of consultants the acquisition of Cobalt New Age Airlines Group Limited, which owns 100% of the shares of the airline Cobaltair LTD, based in Cyprus, which terminated its operations last month (October),” a Diversa announcement said in the Athens Stock Exchange.

“At the same time, the transfer of a loan made by the above parent company with a shareholder is investigated. The company declares that at this stage the authorisation of its directors concerns solely the exploration of the above investment in order to collect data that will allow its assessment by the company’s Board of Directors,” the announcement concludes.

Diversa’s board of directors will evaluate the data to be collected by the consultants and assess whether the company will go ahead with the investment.

The transport ministry had revoked Cobalt’s commercial and operating licences the day after the company announced it was grounding its fleet on October 17.

Despite being given time, the airline had failed to raise the cash necessary to keep it going.