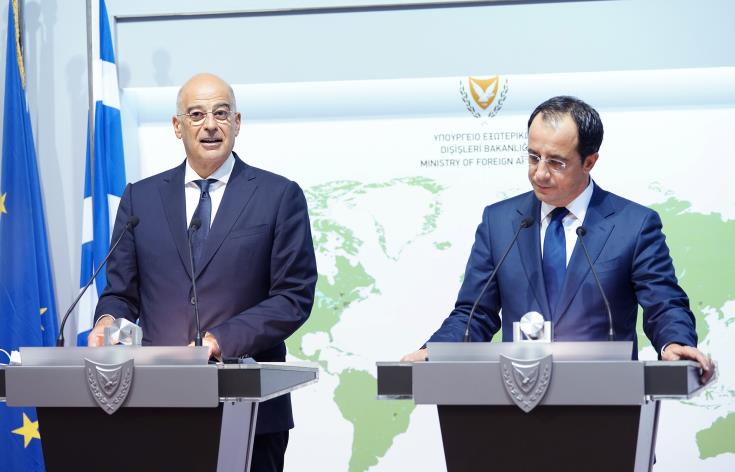 Greek Foreign Minister Nikos Dendias will visit Cyprus later on Monday after talks with his Egyptian counterpart in neighbouring Cairo.

In Nicosia, Dendias will meet his Cypriot counterpart Nicos Christodoulides to discuss developments on the Cyprus issue and the Eastern Mediterranean.

On Wednesday, the UN Secretary-General’s special envoy for Cyprus, Jane Holl Lute, will visit Athens to meet with Dendias and officials of the Greek Foreign Ministry.

The talks will focus on the UN-brokered informal summit on divided Cyprus in Geneva in April where the island’s three guarantors – Greece, Turkey and the UK – are also taking part.