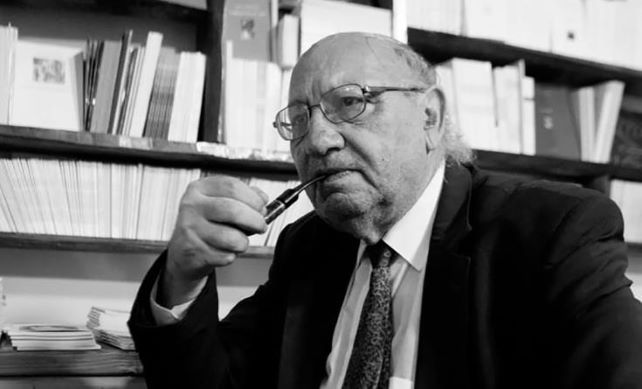 Michalis Pasiardis, one of the greatest literary figures of modern times in both Cyprus and Greece, passed away yesterday. He was 80.

‘A great poet and a good friend has passed away. We are filled with grief’, he wrote last night on Twitter.

Born in Tseri, outside Nicosia in 1941, he is best known for his superb lyrical poetry and an inner grief both for the fate of his country and humanity which left its mark on the post-independence literary life in Cyprus and touched everyone around him.

His poetry, both in modern Greek and the rich, pure Cypriot dialect was set into music by a number of composers, while he was also known for writing plays, which made a huge impact on the early development of the Cypriot dialect traditional television series in the 1960s and 70s.

He worked for the state broadcaster, CyBC, for 57 years both in radio and television, writing plays and poetry and had his own radio cultural programme, which he presented until very recently.

1974 forged a different Pasiardis, both literary and personally, changing both the aesthetic and theme of his poetry, at least in the early post-invasion years. His dominant thought was now freedom for his country.

He received, among others, a state poetry award in 1972, The Great Cyprus Theatre Organisation Award in 2015 and a Cyprus Republic Literary Excellence Award in 2016.