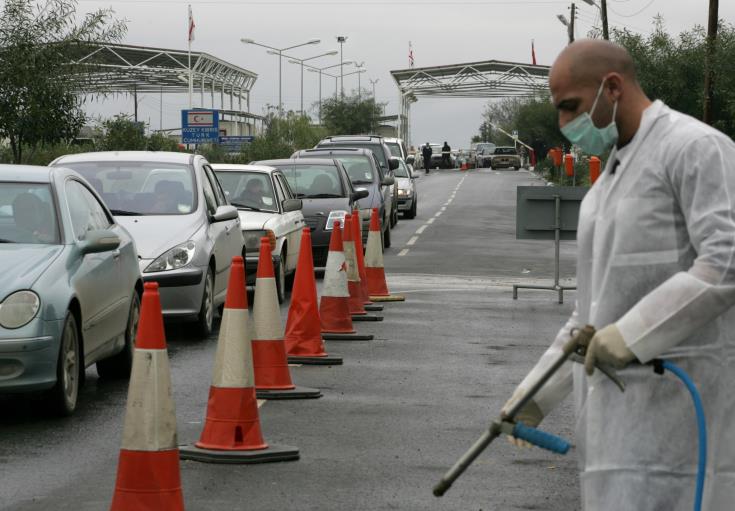 The government will discuss the issue of health measures to prevent the coronavirus from spreading and provided the right conditions are in place in order for Turkish Cypriots employed in businesses in the free areas to return to work, government Spokesperson, Kyriacos Koushos told CNA, noting that it is the Turkish Cypriot side which has prohibited people from using all checkpoints.

Koushos said that the matter has not been discussed due to the conditions right now.  However, it is certain that once it is possible for Turkish Cypriot employees to go to their workplaces in the areas under the control of the Republic of Cyprus, “yes we will discuss the matter so that we can take specific decisions.”

He pointed out, that “apart from the matter to do with health and the prevention of the coronavirus from spreading, I do not see any other issue,” arising.

“When and if the conditions allow the crossing from crossing points relevant decisions will be taken by the Republic of Cyprus,” he said, adding that the Ministry of Health will likely have certain views over the matter on taking preventative measures on the coronavirus spread.

“At this stage however, the situation is such that from what we can understand the matter cannot be discussed since the other side has completely banned crossing from all the crossing points,” he pointed out.

Referring to allowances granted by the government to employees, he said that for Turkish Cypriots who had accounts in the areas under the control of the Republic the money has been deposited in their accounts.

For Turkish Cypriot employees who did not have such accounts, cheques were issued to the beneficiaries and have been sent to beneficiaries through the United Nations, he said, adding that he is not aware at what stage their delivery is.

Asked whether employees who cannot present themselves to work could be fired, Koushos said that they are covered by the Labour Ministry plans and cannot be fired.

Replying to a question as to when he believes things will return to the state of affairs before the coronavirus containment measures when all crossing points were open, he said no one can predict that.

On his part, Cyprus’ Employers and Industrialists Federation General Manager Michalis Antoniou said that some people make their living and some businesses need the work of their Turkish Cypriot employees.

He noted that while all health protocols must strictly be upheld, “every possible effort must be made, without placing anyone’s health in danger, to facilitate these employees’ work.”

By In Cyprus
Previous article
Sampling begins for 6,000 construction workers
Next article
Police warn of fake 50 euro bills on the market (photos)