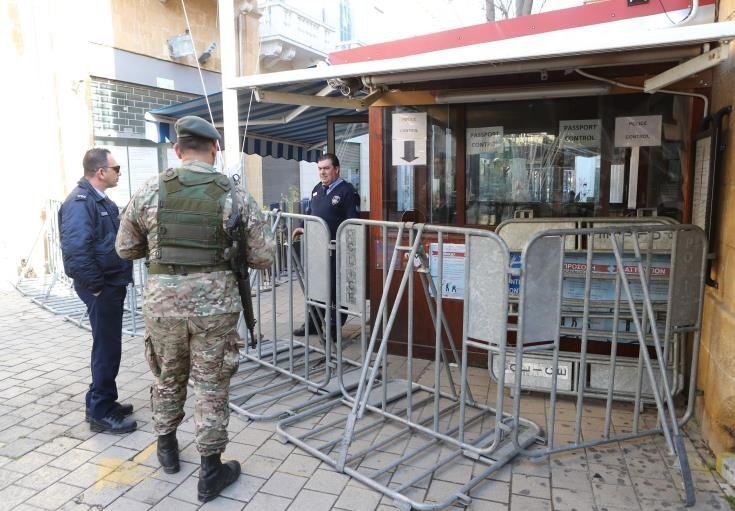 The government on Friday announced the special rules that will apply for movement at the crossing points for certain groups of people, as of June 8.

According to the announcement, following the joint agreement between President Nicos Anastasiades and Turkish Cypriot leader Mustafa Akinci, the Republic is ready to allow the movement from the crossing points of certain groups of people, starting from June 8. The following groups must show a negative COVID-19 test, to have taken place the latest 72 hours prior to their crossing.

It is noted that random tests will be taking place at the crossing points.

The following groups are allowed to pass.

The Turkish Cypriot regime has prohibited all crossings from mid-March. On April 11 the prohibition expanded to include the diplomatic corps and members of the UN.

The Republic of Cyprus’ Cabinet had decided on February 28 to suspend the operation of four crossing points (Ledras Street, Astromeritis, Lefka and Dherynia), as a precaution against COVID-19 continuing however to allow crossing in another five crossing points taking all necessary precautions.