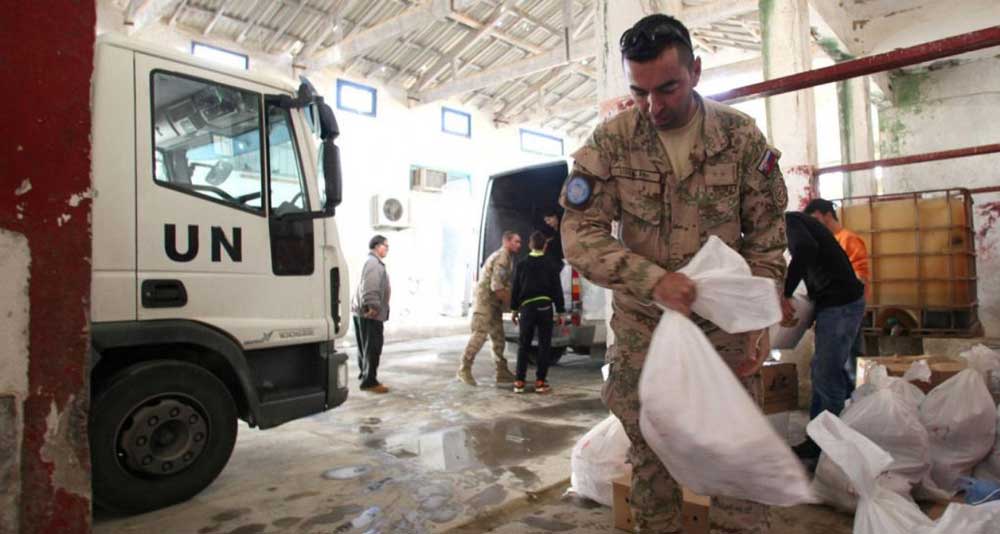 The government expects to be officially briefed by the UN peace-keeping force in Cyprus (UNFICYP) concerning the new procedure regarding the dispatch of humanitarian aid to enclaved Greek Cypriots, Presidential Commissioner Photis Photiou has told CNA.

Photiou was asked to comment on a decision taken on Tuesday by the illegal Turkish Cypriot regime to revoke a decision which imposed a levy on humanitarian aid delivered from the southern government-controlled areas of the Republic to Greek Cypriots and Maronites living in the northern Turkish occupied part of the island. In statements, the self-styled foreign minister Kudret Ozesay referred to Tuesday`s decision.

On his part UNFICYP spokesperson Aleem Siddique told CNA that “we welcome the announcement to revoke the previous decision to impose taxes and fees on humanitarian aid. We are in touch with both sides to facilitate the resumption of deliveries.”

In his statement to the Agency, Photiou said that “we have noted Ozersay’s statement. We are waiting to be officially informed by UNFICYP to see which this new process to which Ozersay referred is.”

He also noted that “our services are ready to begin dispatching humanitarian aid, after the lifting of this unacceptable measure.”

Ozersay had said after yesterday’s “council of ministers” meeting that a decision was taken for the implementation of a new procedure, thus changing the previous decision to impose taxes.

Cyprus has been divided since 1974, when Turkey invaded and occupied its northern third. At the end of the second phase of the Turkish invasion late in August 1974, about 20,000 Greek and Maronite Cypriots inhabiting in villages and townships primarily in the Karpas Peninsula of northeast Cyprus and in villages west of the city of Kyrenia remained behind the ceasefire line. Today, only a total of 437 (April 2013) persons remain behind the “green line,” of whom 328 are Greek Cypriot and 109 Maronite Cypriots. These persons are known as the “enclaved”.

Despite the Third Vienna Agreement, Turkey and its Turkish Cypriot subordinate regime in occupied Cyprus have violated all its terms. Since 1974, the enclaved have endured conditions of hardship and oppression because of their ethnicity, language and religion.