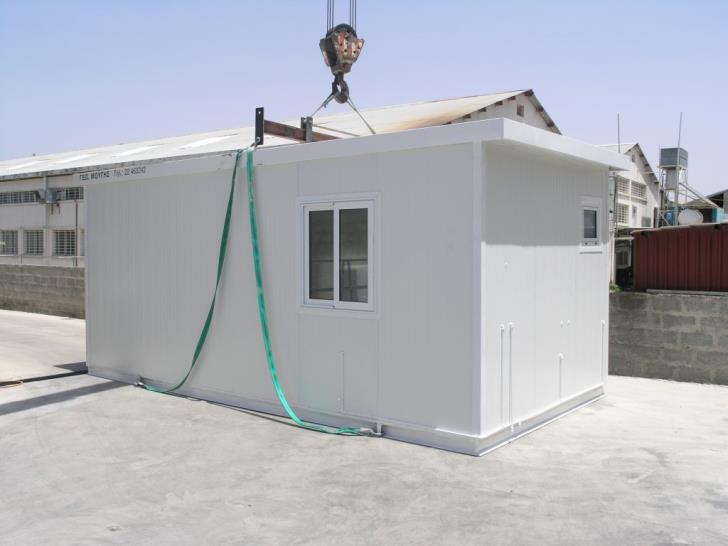 The suggestion was first put forward by the Cyprus Land Development Corporation (KOAG), in order to offer immediate solutions for people with housing problems such as homeless people and migrants.

According to Phileleftheros, the Minister of Interior has given the green light to KOAG to conduct a study on how prefabricated houses can be used to solve these problems.

“We asked KOAG to submit a complete proposal, which will cover the areas where the houses will be installed, the population groups that will be used to help and the process in which they will be granted to people,” Interior Minister Constantinos Petrides said.

According to Phileleftheros, the Minister said that the construction of prefabricated houses is a priority for him.

KOAG has started examining the cost and the specifications of prefabricated houses and will then proceed with a call for tenders.

The bigger prefabricated houses that could potentially house families are 200 m2 and contain four bedrooms, three bathrooms, a kitchen, a dining room, a living room and an office KOAG president Andreas Frangos said.

The houses will be energy sufficient in order to cut down on costs for heating and air conditioning.

Frangos added that the houses can be constructed by local contractors in state or KOAG land.

A “long-term” prefabricated house may cost around 60% of the price of a normal house, while a cheaper, temporary one will cost a few thousands, according to Phileleftheros.

The solution of prefabricated houses is also viewed in a positive light by the Ministry of Labour, Phileleftheros writess, in order to combat the problem of increasing homelessness, as well as to reduce the amount of money that the government spends on rent help.

What is the housing problem in Cyprus?

In a meeting with KOAG, the Ministry of Interior suggested upgrading the role of the organisation in order to help resolve some of the challenges facing the housing market in Cyprus.

They identified them as:

On July 12, 2017 KOAG submitted a number of proposed measures to combat the housing problem. Some of them included: