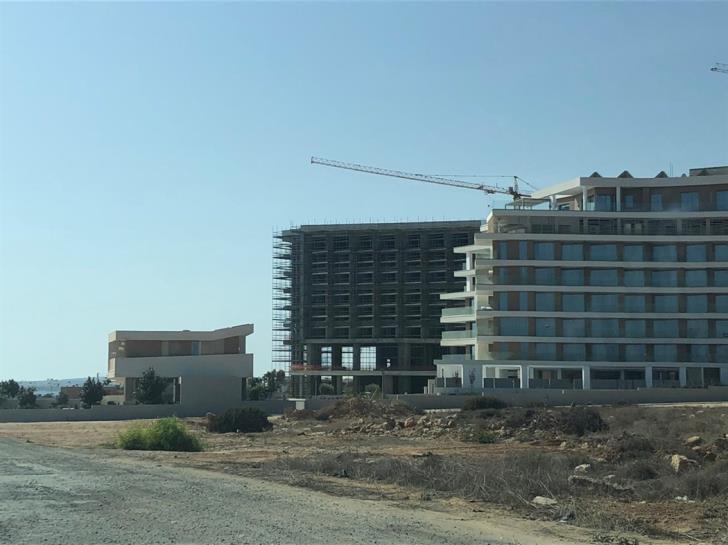 Two extra floors illegally built in the Sun City project in Ayia Napa in which the former Akel MP Christakis Giovanis’ Giovani Group is involved will have to be demolished.

This is what Philenews reported on Wednesday citing Interior Minister Nicos Nouris who also said the enforcement notice issuance will be carried out by the Town Planning Department.

“Local authorities have concluded that the development was carried out in violation of environmental impact assessment provisions and town planning regulations,” Philenews also said.

“The enforcement notice will require that, within the time limit set, the additional floors that were built illegally be demolished and the project is restored on the basis of provisions set in the environmental approval and urban planning permit,” it added.

Located in the Ayia Thekla area, the controversial project has also been scrutinised by the European Commission.

Disgraced Giovanis resigned his post earlier this month after he appeared ready in an undercover Al Jazeera video to help a Chinese businessman with a criminal record secure a Cypriot passport.

This zone provides that only hotels of up to three floors or five levels are allowed, and it is still unclear how permission for seven levels in total was granted.

Sun City is also located near two areas of special ecological value, which have been included in the European network of nature conservation areas Natura 2000.

These include the special protection area (SPA) of Agia Thekla – Liopetri and the site of community importance (SCI) Potamos Liopetriou.

The European Commission has launched infringement procedures against Cyprus for failing to comply with the EU Directives for nature protection on several projects including this one.