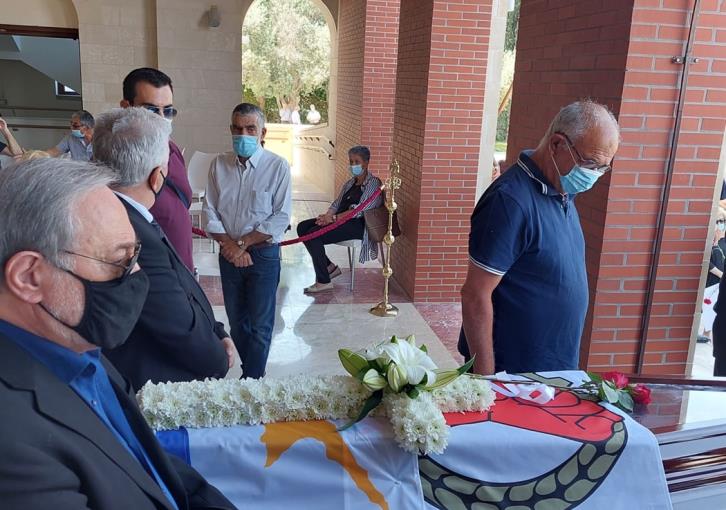 The funeral of the former leader of socialist Edek Vassos Lyssarides took place on Wednesday morning at Agia Sophia Church in Strovolos, Nicosia.

The central figure in Cyprus politics since the island’s independence in 1960 died on April 26 at the age of 100. Born on May 13, 1920, Lyssarides played a crucial role in the events leading up to – and following – Cyprus’ struggle for independence.

He survived an assassination attempt on August 30, 1974 but during the attack Edek youth leader and poet Doros Loizou was killed.

Agia Sophia Church was flooded with people who wanted to pay their last respect to Lyssarides.