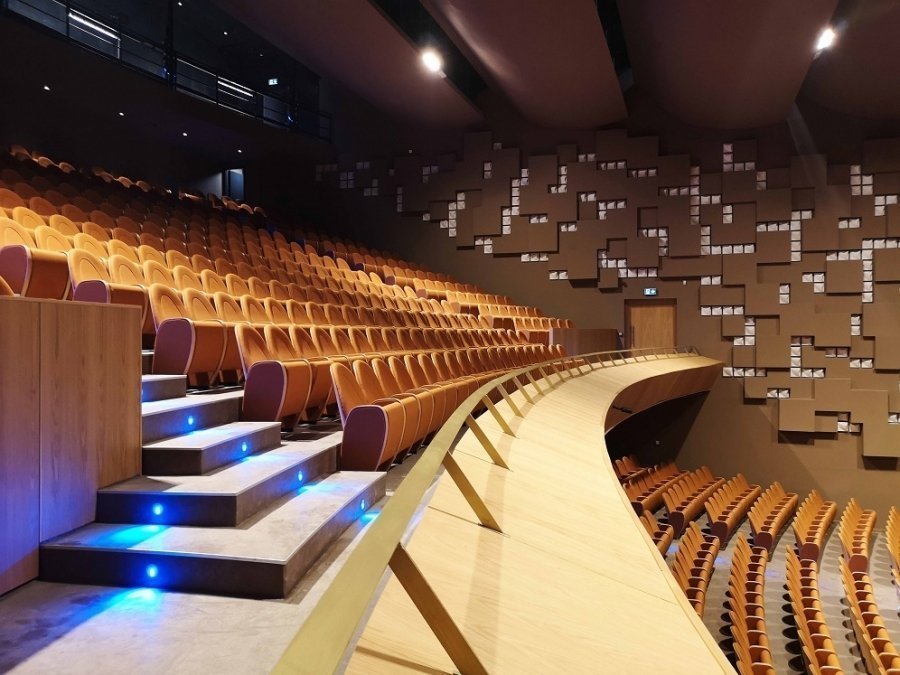 The Nicosia Municipal Theatre, a historic building in Museum Street, in the capital of Cyprus is ready for a new beginning.

From 1967 when it first opened, it played a leading role in performing arts in Nicosia, including hosting Cyprus Theatre Organisation’s (THOC) “Agamemnon” by Aeschylus in 1972. It was the newly established organisation’s first performance at the time.

The theatre, which had fallen silent since the collapse of its roof in 2008, has been fully restored. With a seating capacity of 1,000, it is now the largest theatre in Cyprus, while the work done, including an orchestra pit, means it can host both theatrical and music events, Nicosia Municipality’s senior architect and urban planning officer, Athena Papadopoulou has told CNA.

Improvements include its better accessibility and twelve seats allocated for people with limited mobility, she points out.

After its official opening, which will take place on June 18 in the presence of Cyprus President Nicos Anastasiades, the theatre will open in September for performances in the context of the international festival “Cypria” and immediately afterwards the International Nicosia Festival, Papadopoulou says.

“There will be many activities in the theatre this autumn,” she adds.

Replying to a question about the restoration project she says that it was overseen by the Public Works Department, with the help of the Electromechanical Service and the participation of Nicosia Municipality.

It cost €8.7 million plus VAT, the work was undertaken by Cyfield, and the contract includes the project’s study, construction and twelve-year maintenance, she adds.

Restoration work lasted for two years from February 2017, she says, adding tat “now it is ready to be operational again.”

Asked how the funds for the restoration were raised, she replies that the project is co-funded by the EU structural funds and “therefore the contribution of the European funds was decisive for the project’s completion.”

Replying to another question she says that the building’s façades have been preserved because they constitute elements of its “identity and its presence in the city.”

She explains that it was decided that it was necessary to completely demolish the existing balcony and many areas inside the building.

The south wing which had been constructed during a former restoration has been preserved, but “a very large part (of the building) has been refurbished in line with all static proficiency and anti-seismic behaviour standards.”

By In Cyprus
Previous article
41-year-old hospitalised after serious labour accident
Next article
M. Palmer: US has made clear to Turkey that its actions in the E. Mediterranean are provocative (vid)