Fukuyama: From the fall of the Berlin Wall and the USSR to the rise of Trump and Orbán 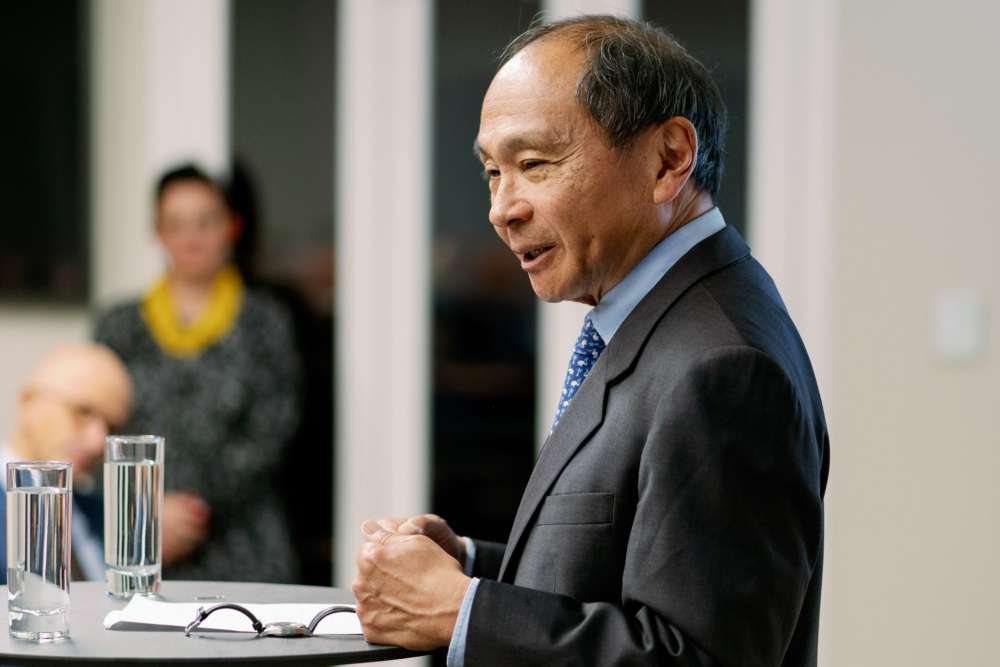 In an evening dedicated to the central theme of his latest book, ‘Identity: The Demand for Dignity and the Politics of Resentment’, Dr. Fukuyama explored the concept of modern identity and the key role that it has played in recent extraordinary political developments – including Brexit and the rise of Trump, Orbán and Duterte.

Following an introduction by Andreas Hadjikyriacos, Managing Director of GNORA Communications Consultants, Dr Fukuyama provided an in-depth analysis of the current status of democracy in the face of a rising global middle class and what he considers to be the West’s deep-rooted political paralysis.

Circling back to Cyprus, the significance of identity politics to the island’s own recent history and its two communities was further explored by the audience during the lively Q&A session which followed. Asked how Cyprus can influence its history in order to give a more holistic picture which would facilitate unification, Dr. Fukuyama responded:

Dr. Fukuyama concluded the evening by emphasising the need for leaders who do not exploit divisions but understand the importance of unity for society as a whole.