France and Cyprus conduct naval drill off the island’s coast 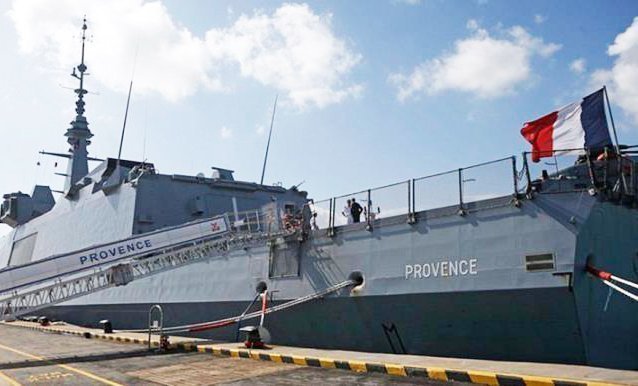 A French-Cypriot naval exercise is underway off the coast of Cyprus, with the Cypriot government underlining the drill’s importance for bilateral cooperation with Paris, as well as in relation to the messages it is sending about Cyprus’ sovereign rights in its exclusive economic zone (EEZ).

The drill was announced by French Defence Minister, Florence Parly, who wrote on twitter that French-Cypriot naval exercises are held in Cypriot waters, within the framework of an excellent cooperation. We wish to allow Cyprus, an EU member state, to be able to ensure its responsibilities in its sovereign waters, Parly added.

Cyprus’ Defence Minister Savvas Angelides told CNA that “the naval drill is important, in the framework of Cypriot-French cooperation, while it is also sending a message in relation to exercising the sovereign rights of the Republic of Cyprus in its EEZ.”

At the same time, we remain committed to our efforts to terminate Turkish illegal activities through political, diplomatic and legal means, Angelides noted.

Government Spokesman Prodromos Prodromou also referred to the French-Cypriot naval drill, saying that it is part of the close cooperation between the two countries. “France reinforces the Republic of Cyprus is exercising its sovereign rights, in line with the unanimous stance of the EU” Prodromou wrote on twitter.

Greek Defence Minister Nikos Panagiotopoulos told Greek television on Friday that Paris was sending one of its frigates in Cyprus’ EEZ.

Earlier on Saturday, a government source speaking to CNA confirmed the presence of a French frigate in Cyprus’ EEZ, underlining at the same time that Nicosia aims not at the militarisation of the issue. The same source said that Nicosia is coordinating closely with member states, such as France and Italy.

By In Cyprus
Previous articleHigh temperatures, dust and local showers on the way
Next articlePresident ready to attend a trilateral meeting even in October