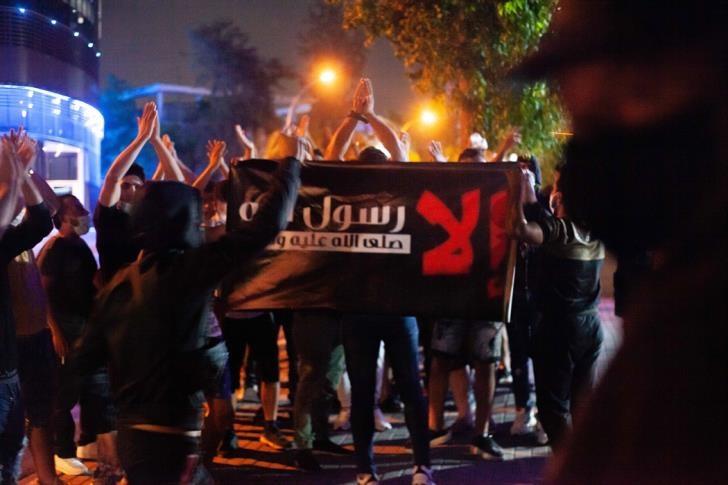 The Nicosia District Court remanded four people in custody for five days in connection with violent incidents at a protest outside the French Embassy last night on the publication of Prophet Mohammad sketches in the French press.

At least 80 people took part in the protest. The four young men, (20, 21, 24 and 31 year olds) were arrested on conspiracy to commit a felony and violations of the Racism and Xenophobia legislation, after taking down the French flag on the side of the building.

A 28 year old was also arrested for assaulting an officer. He was charged in writing and will appear at a police station tomorrow morning.

Police chief said Stylianos Papatheodorou said that the actions of those arrested were isolated as they did not follow the instructions of protest organisers.

Asked whether the protest was an isolated event, he said that the force will be conducting a risk assessment.

By Constantinos Tsintas
Previous article
Turkey out of control against Cyprus, Greece and France, President says
Next article
UK offers to de-escalate tensions with Turkey in call with Anastasiades