Four fires break out in Nicosia area, all now under control (PHOTOS) 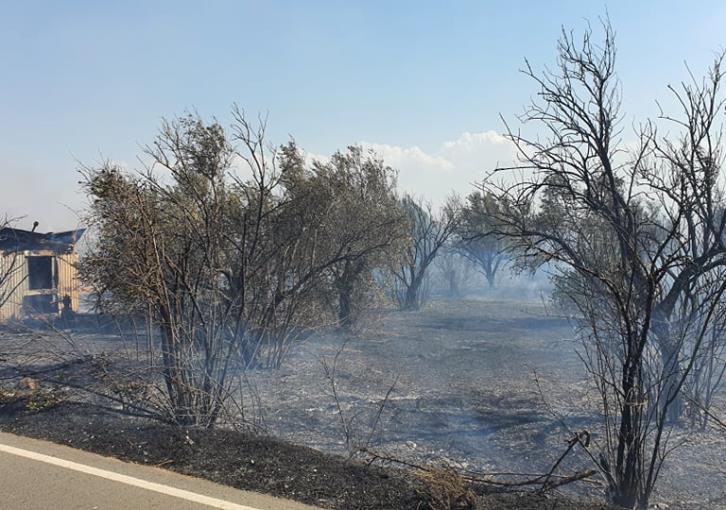 A fire which broke out around lunchtime in Kokkinotrimithia, Nicosia district, and was spreading quickly has come under control, police said on Saturday afternoon.

Premises were endangered from the flames and crops have been burnt, police also said.

At the same time, fire engines were sent to three other areas of Nicosia to put out wildfires which all broke out also around lunchtime. The firemen succeeded in tackling the blazes.

The wildfires were in Ahera area, Agrokipia, in Deneia which borders the green line and in Vyzakia-Potamiou.