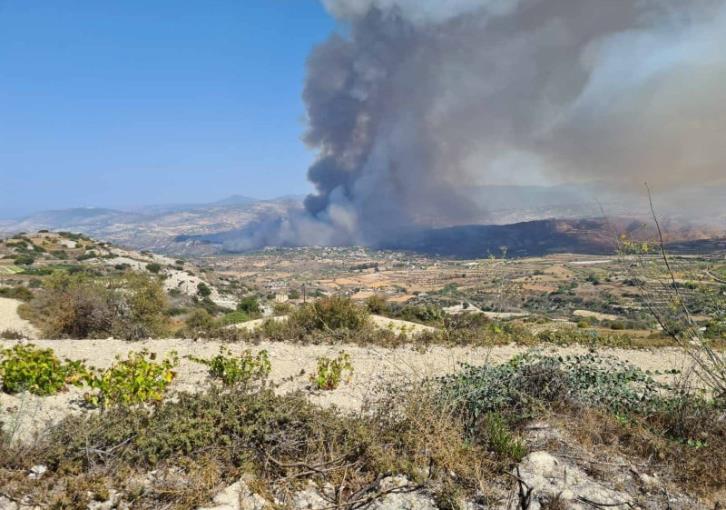 Authorities have called on the public to be on the lookout  for any suspicious movements around the Paphos district village of Mamonia, after no less than four fire fronts broke out this afternoon in the space of a few hours.

According to the fire service spokesman, crews in three vehicles-2 from the Paphos district fire service and one from the Gaming Service, were battling the blaze.

By Constantinos Tsintas
Previous article
One killed, one critical in Nicosia-Limassol highway head-on collision
Next article
Beaten to settle personal differences in Limassol