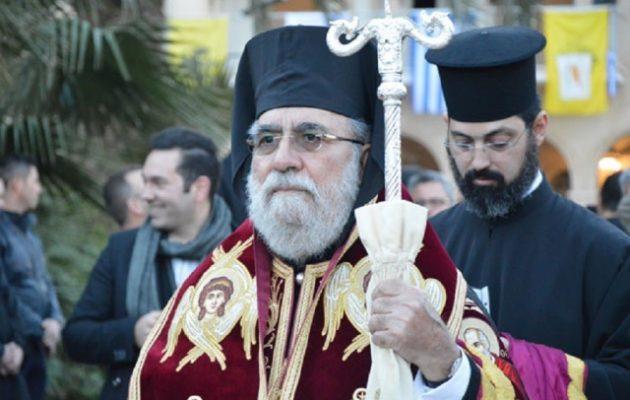 Former Kiti Bishop Chrysostomos on Monday dismissed once again the rape accusation he faces in front of Limassol Assizes Court as September 8 is the set date for a verdict to be reached.

This is what Philenews reported on Tuesday, adding that three people who were employed by the Bishop at the time of the alleged rape were brought in to testify in defense of Chrysostomos.

The alleged crime took place during Holy Week in April 2011.

In his statement, the Bishop insisted that the plaintiff had gone to his offices seeking financial help, to which request he had allegedly obliged and twice gave her a sum of 500 euros.

The clergyman further noted that one of the times the plaintiff asked for money was months after the date of the alleged rape.

Chrysostomos also noted that the plaintiff’s story is contradictory, claiming that she gave different dates on a television show than she did to the Police.

He then presented his schedule during the Holy Week of April 2011 which is the date of the alleged rape, indicating that due to his very busy schedule it would have been impossible for what the plaintiff claims to have happened.

By Annie Charalambous
Previous articleMusicals, stage and screen crossover, ballads and more at Technopolis, 20
Next articleHoteliers concerned over tourists also having to present SafePass almost everywhere