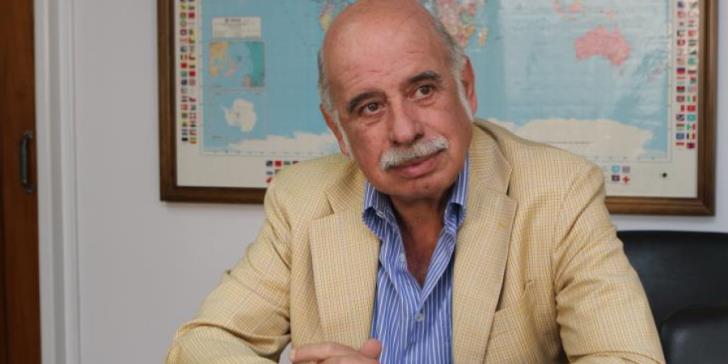 Former education minister, ex ruling Disy MP and chairman of the Cyprus Olympic Committee Ouranios Ioannides died on Thursday at the age of 75.

The former athlete and brother of incumbent Labour Minister Zeta Emilianidou was facing serious health problems over the last couple of years.

Ioannides had served as education minister under the right-wing administration of President Glafcos Clerides.

In a tweet, President Nicos Anastasiades described Ioannides as “a dear friend” but also a personality that left his indelible stamp on the political, educational and sports affairs of Cyprus.

Ioannides was born in Nicosia on December 1944 and worked as a teacher of physiology, biology and chemistry from 1971 to 1986 in secondary schools in Cyprus.

From 1986 to 1992 he worked at the Cyprus Pedagogical Academy as a professor of biology and science.

Ioannides was also a track and field athlete in high jump.

He leaves behind his wife Lenia and two adult sons.

His funeral is on Saturday, February 1, at 1:30pm, at Constantinos and Elenis church in Nicosia.

By Annie Charalambous
Previous article
To Elliniko Ouzomezedopoleio: gastronomic trip to another era
Next article
Greece: Brexit will strengthen European support for return of Parthenon Marbles