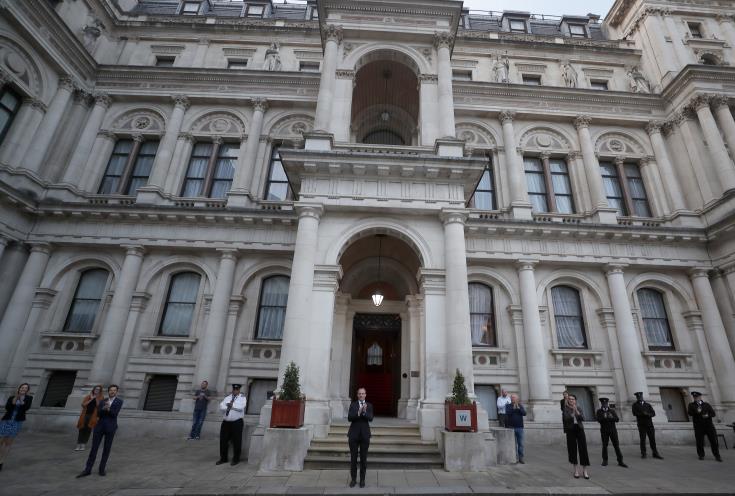 The Foreign Office has responded to two letters sent by UK Cypriots to Prime Minister Johnson and Foreign Secretary Dominic Raab, respectively, by reiterating the British government’s positions on the Cyprus issue and Turkey’s drilling activities affecting the Cypriot EEZ.

Responding to the first letter by 25 UK Cypriots to Johnson on the occasion of the tragic anniversaries of Turkey’s invasion of Cyprus, the Foreign Office officials provide assurances of the UK’s ongoing support for a just and lasting settlement to reunite Cyprus.

“The events of 1974 continue to cast a long shadow over Cyprus. The best way to address these issues is through a just and lasting settlement on the island. The UK’s commitment to a deal on Cyprus remains unwavering”, reads the letter.

Such a settlement, reuniting Cyprus “would unlock significant economic benefits through increased opportunities for trade, investment, and tourism, and open up the possibility of new energy and economic partnerships in the region”, adds the Foreign Office response, also pointing to benefits in terms of regional security and stability.

The second letter, a response to 16 UK Cypriots that had highlighted to Raab Turkey’s provocations in the EEZ of the Republic of Cyprus, states that the UK “has been clear from the start, in both public and private, that we deplore Turkish drilling in the waters around Cyprus”.

It adds that the UK Government has made this view known to Turkey at a ministerial and official level.

“The UK has consistently stated our support for the sovereign right of the Republic of Cyprus to exploit the oil and gas in its internationally agreed Exclusive Economic Zone. We continue to believe Cyprus’ oil and gas should be developed for the benefit for all Cypriots”, the response letter continues.

It also notes that the UK judges it as “critical for stability in the Mediterranean and for the integrity of the rules-based international system that disputes such as this are resolved, not through force, militarisation or coercion, but through dialogue and in accordance with international law”.

“Ultimately” the letter carries on to say, “the most enduring way of resolving difficult issues is to achieve a Cyprus settlement and we encourage all parties to redouble their efforts in pursuit of that”.

“As such, the UK is a strong supporter of a comprehensive, just and lasting settlement of this issue, based on the internationally accepted model of a bi-zonal, bi-communal federation”.

On the issue of guarantees and the future security of Cyprus, the Foreign Office letter restates that the UK is “open to whatever arrangements the two sides and the other Guarantor Powers can agree on in order to meet the security needs of a reunited Cyprus”.