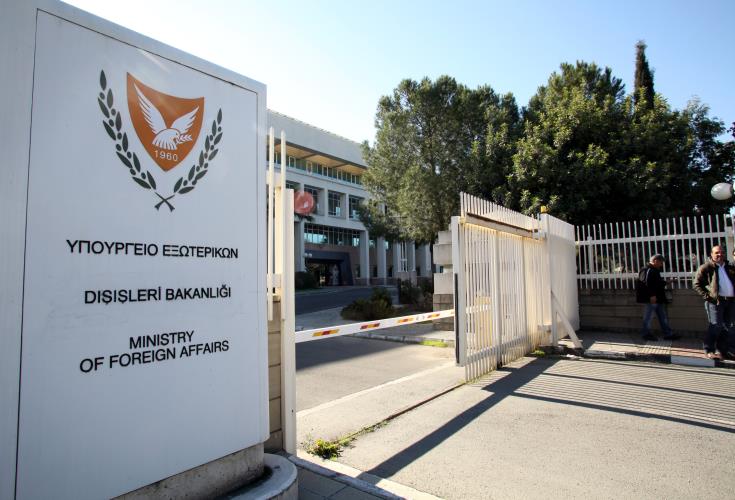 Cyprus Foreign Ministry has made representations to the UN peace-keeping force in Cyprus (UNFICYP) about the incident with the Turkish coastguard vessel which opened fire against a Port police coastguard in Kato Pyrgos Tylliria coast around 03:30 am local time on Friday, Foreign Ministry Spokesperson, Demetris Samuel has told the Cyprus News Agency.

Samuel also noted that “it is premature to say if this incidence is linked with the climate created by Turkey in view of the illegal visit of Turkish President, Recept Tayyip Erdogan” to the occupied areas of Cyprus.

He noted that “we were informed by the Police this morning about the incidence. Since then we have an open line of communication with the competent authorities of the Republic.”

Samuel added that “on the basis of preliminary information that we have received, we have made representations to the UN peace-keeping force, condemning it and asking them to investigate it as well.”

He noted that “depending on the full picture of the situation that we will have once we receive the relevant reports and information, further actions and representations will be decided.”

Responding to questions, Samuel said that “the violations and illegal activities of Turkey, such as this, are being deplored at all levels, the UN, the EU and other fora and are taken into consideration cumulatively, with a minus sign for Turkey, when relevant discussions on issues related to the Cyprus problem and Turkey’s behaviour in general take place.”

“In any case, we always analyse the events calmly and our goal in such cases is to defend the sovereign rights of the Republic of Cyprus. We are not interested in playing the game of creating tension which the other side may pursue, because our long-standing objective is to contribute to the creation of conditions that will allow the resumption of substantive talks for a Cyprus settlement,” he added.

Cyprus has been divided since the 1974 Turkish invasion of the island, and so far numerous UN backed efforts to reunite the island failed to yield results.