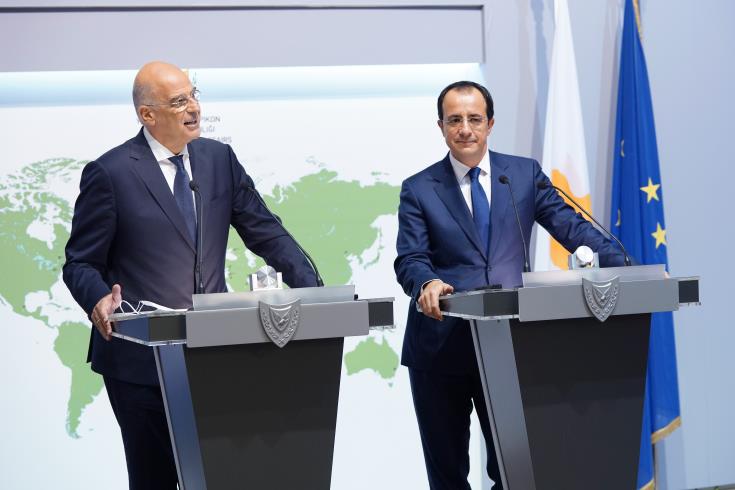 A trilateral meeting of the Foreign Affairs Ministers of Greece, Cyprus, and Israel takes place in Athens on Tuesday.

The agenda of the meeting includes discussion on recent developments in the Eastern Mediterranean and the wider region, as well as the possibility of extending the Greek-Cyprus-Israel trilateral cooperation.

During the meeting, special emphasis will be given on the issues of energy, tourism, and economy.

Moreover, the three Foreign Ministers are expected to overview the trilateral cooperation between Greece, Cyprus, and Israel, and discuss further steps towards this direction.

Cyprus’ Foreign Minister Nikos Christodoulides will also have separate bilateral meetings with his counterparts during the day, including one with his Greek counterpart Nikos Dendias (photo).