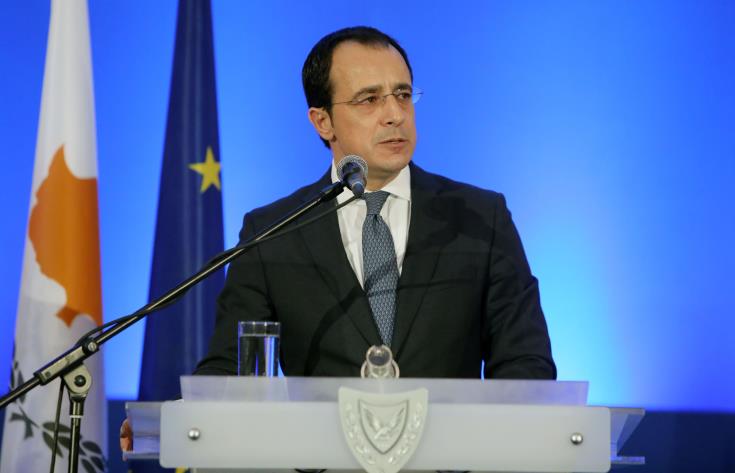 Foreign Minister Nikos Christodoulides said that Italy is currently Cyprus’ third largest trade partner, noting that “the energy sector is one that holds significant potential” and that the promising hydrocarbon discoveries in the Exclusive Economic Zone of the Republic of Cyprus constitute an important parameter of our growing cooperation.
Addressing on Friday evening a reception at the residence of the Italian Ambassador in Nicosia, on the occasion of the National Day of Italy, Christodoulides said that Cyprus and Italy are working together to address challenges and accomplish common goals, such as upholding the European project, bringing Europe closer to its citizens, as well as promoting peace and stability in the Eastern Mediterranean. He also expressed Cyprus’s appreciation for Italy’s support to efforts for a settlement to the Cyprus problem.
On his part, Italian Ambassador to Cyprus, Andrea Cavallari, assured that Italy is and will remain at Cyprus’ side, as a true and close partner, in all efforts to develop a stronger country and unify the Island, promoting a just and viable solution that, in line with the relevant UN resolutions and the European Union acquis, will bring the two communities to live together in a reunited Cyprus.