FMs of Cyprus, Greece and Egypt to take common action in East Med 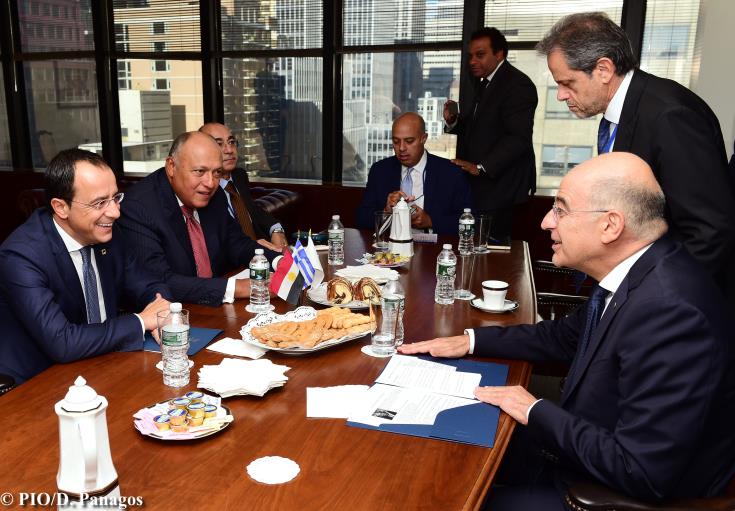 The Foreign Ministers of Cyprus, Greece and Egypt have decided to undertake common action in the Eastern Mediterranean.

In statements on Friday, Foreign Minister Nikos Christodoulides said that the three ministers discussed preparations for the trilateral high level conference in Cairo on October 8.

The aim of today’s meeting, he said, is to see how specific results arise from this collaboration that is based on a positive approach. He also said that there was an exchange of views on developments in the region, the Eastern Mediterranean, the Arab world, Syria, Libya and what is happening with Turkey’s illegal activities in the Republic of Cyprus’ Exclusive Economic Zone. The ministers, he added, “agreed to undertake common action as far as the EU is concerned on the part of Greece and Cyprus and the Arab world on the part of Egypt to present the real situation in the region.

At the same time, they decided to “take common action to face all these illegal activities,” the Cyprus FM added.