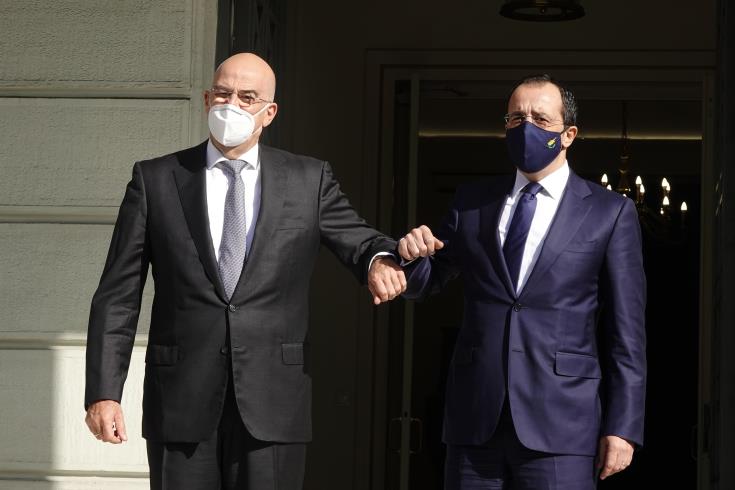 The Foreign Ministers of Cyprus and Greece, Nikos Christodoulides and Nikos Dendias, will hold, on Monday, talks in Athens, in the framework of the constant coordination and exchange of information between Nicosia and Athens. Their discussions will focus on developments in the Cyprus problem, the situation in the Eastern Mediterranean, EU-Turkey relations and the recent agreement between Greece and France.

A press release issued by Cyprus Ministry of Foreign Affairs said that Christodoulides will fly on Monday morning to Athens for contacts with the Minister of Foreign Affairs of Greece, Nikos Dendias, in the context of the constant coordination and exchange of information between Nicosia and Athens.

During the meeting, the two Ministers are expected to exchange views on the latest developments in the Cyprus problem, following also in particular the recent meeting in New York, on the situation in the Eastern Mediterranean in the light of renewed Turkish provocative actions and threats, on the future of the EU-Turkey relations, as well as on the recent agreement between Greece and France, the press release noted.

Furthermore, it said that progress made will be reviewed and the next steps considered with a view to further strengthening and expanding the cooperation mechanisms established in the broader region at the initiative of the two countries.

At the end of their contacts, Ministers Christodoulides and Dendias will make statements to the media.