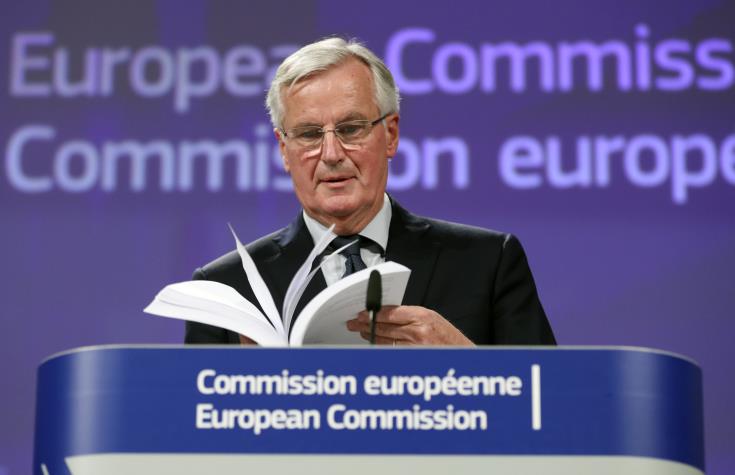 Foreign Minister, Nikos Christodoulides, will brief EU`s chief Brexit negotiator, Michel Barnier, about Turkey’s illegal actions in the Exclusive Economic Zone (EEZ) of Cyprus and the discussion in the EU on the need for collective reaction to Turkish provocations.

Barnier will be paying a working visit to Cyprus on Monday.

Minister Christodoulides will have a tête-à-tête meeting with Barnier on Monday noon at the Foreign Ministry, a press release from the Ministry said on Saturday. Expanded talks will follow.

Barnier’s visit is part of a series of contacts he is holding in EU capitals to exchange views on matters concerning the British exit from the EU and preparedness in the member states, according to the press release.

Besides Brexit matters, the Minister is set to inform the EU`s chief Brexit negotiator about the illegal actions of Turkey in the EEZ of Cyprus and about the discussion within the EU on the need for collective reaction to Turkish provocations, it noted.

Christodoulides and Barnier will make statements to the press after the meeting.

By In Cyprus
Previous articleRussian House in Cyprus celebrates fifth anniversary
Next articleMitsero murders: New plan for the Red Lake