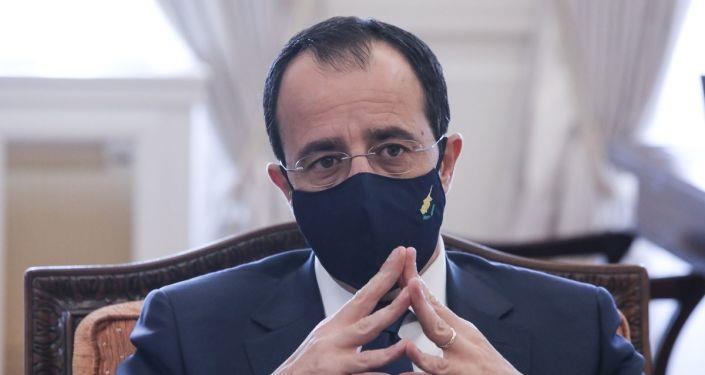 Cyprus Foreign Minister, Nikos Christodoulides, underlined on Wednesday the need for the full implementation of the European Court of Human Rights (ECHR) judgments, including the Interstate Case of Cyprus against Turkey, expressing at the same time his grave concern for the escalating provocations of Turkey against Cyprus.

“We utterly condemn Turkey’s decision to open part of the beach front of the fenced area of Varosha on 8th October 2020, aiming at creating new and dangerous fait accompli on the ground, in violation of the relevant UN Security Council Resolutions,” Christodoulides said in his intervention at the Council of Europe Foreign Ministers online session.

He went on to say that the UN Security Council was very clear in its reaction through the Statement issued by its President, requesting a reversal of this course of action. In this respect, we are also grateful to the Council of Europe Secretary General for her clear statement on the issue, he noted.

Christodoulides said that “it is our collective duty to continue to strive, through the Committee of Ministers, to ensure the full implementation of the ECHR judgments, including the ones concerning Interstate case. One such case is the 4th Interstate Case Cyprus v. Turkey, in which Turkey has failed to date to comply with the Court’s judgment.”

“It is not my intention today to dwell on this judgement; I do however wish to draw your attention to the issue of the missing persons in Cyprus, an issue which is first and foremost of humanitarian nature. It is a disgrace that the fate of half of the missing persons in Cyprus remains undetermined for the past 46 years after the Turkish military invasion. Surely this is not a reflection of the international human rights protection system we all aspire to,” he noted.

Moreover, he resolutely condemned all forms of terrorist attacks and hate speech and expressed once more Cyprus` “full solidarity and support to France and Austria following the heinous terrorist attacks.”

“Cyprus is convinced that more action is needed to protect the freedom of expression and the freedom of the media in Europe,” Christodoulides underlined.

As regards the COVID-19 pandemic, he noted that it challenges the core of our European principles and as such needs to be addressed decisively and collectively. “Whilst the pandemic has proven how crises are interlinked, our response remains unfortunately, fragmented. International cooperation is the only way to effectively tackle today’s extraordinary challenges,” he stressed.

Moreover he reaffirmed that Cyprus shall remain a committed supporter of the Council of Europe and the values it embodies and projects on the whole of Europe and beyond.

By gavriella
Previous article
Efforts to cancel students’ excursions in Kakopetria due to COVID
Next article
Dr. Tsioutis: Cypriots will have to learn to live with anti-coronavirus measures