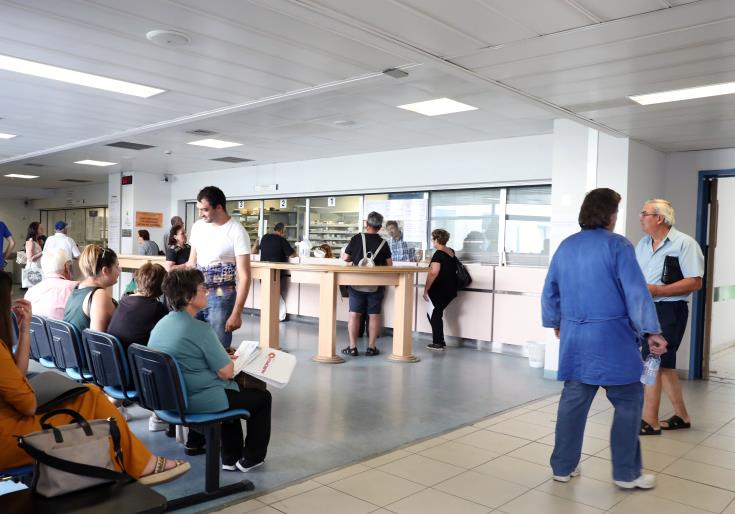 Vaccination against the seasonal flu by is expected to begin within the first ten days of October and Cyprus will receive 170,000 vaccines which are set to arrive Wednesday, the Ministry of Health said.

The Ministry points out that particular importance should be given to the coverage of the population with the flu vaccine, given the fact that its symptoms coincide with those of COVID-19.

Everyone who belongs to high-risk groups is invited to get the shot.

Vulnerable and high-risk groups include citizens aged 65 years and over, children over 6 months and up to 15 years old, people over 15 years old who have asthma or other chronic lung diseases, heart disease with severe hemodynamic disorders, immunosuppression (hereditary or acquired due to disease or immunosuppressive/immunomodulating therapy), organ transplantation, sickle cell disease (and other severe hemoglobinopathies), diabetes mellitus or other chronic metabolic disease, morbid Obesity (metabolic syndrome) with a Body Mass Index (BMI)>40 kg/m2, chronic kidney disease and liver disease and neuromuscular or Neurological diseases.

It is also recommended for pregnant women regardless of age, lactating women, children and adults who take long-term aspirin (eg, Kawasaki disease, rheumatoid arthritis, etc.), for the possible risk of developing Reye’s syndrome after influenza.

For preventive reasons people who are in close contact with children under 6 months of age or care for people belonging to high-risk groups, workers in healthcare facilities (medical and other staff) and refugee/migrant accommodation centers, people in closed units (staff and internal students of schools, military and police academies, inmates and staff of institutions, recruits in the armed forces, conscripts in the classification centers) are also advised to get the vaccine.

Health Ministry also asks veterinarians as well as professionals in the field of animal production and especially poultry farmers, pig farmers, breeders, slaughterers and in general, people who come into systematic contact with poultry to vaccinate.

The seasonal flu is an acute viral respiratory infection caused by the Influenza virus. The virus is usually found in particles secreted from the respiratory tract of infected individuals and is mainly transmitted airborne through coughing and sneezing from person to person and/or by contaminated hands and surfaces.

The Ministry points out that influenza occurs every year in both the Northern and Southern Hemispheres during the winter months, and its incidence is about 10% in adults and 30-40% in children.

Due to its rapid transmission, influenza spreads in the form of a wave in the population and its duration varies between 6-8 weeks. In Cyprus, based on disease monitoring data, seasonal flu activity usually begins in January, peaks in February and subsides at the end of March.

The Ministry also recalls the symptoms that begin with a headache and a feeling of exhaustion and are followed by a high fever, chills, cough and symptoms from the upper respiratory system, which can last up to ten days.

Influenza can cause mild to very severe illness. Most healthy people get over the flu without complications, but some, such as people in high-risk groups (chronic heart, respiratory problems, immunosuppression), are at greater risk for serious complications, which can occur even in a small percentage of healthy individuals.

It is emphasized that the most effective way of prevention is vaccination with the influenza vaccine, which, when administered correctly and on time, protects against the transmission of the influenza virus, helping to protect against the serious complications of influenza.

The Ministry of Health asks citizens to avoid close contact with people who show symptoms, to sanitize hands and surfaces, to air closed spaces frequently, to avoid crowded places and in case they get sick to isolate at home for up to 24 hours after the fever is gone.

No serious systemic side effects of the influenza vaccine have been recorded and the vaccine is considered safe and effective.