Flight with medical supplies from China has arrived in Larnaca 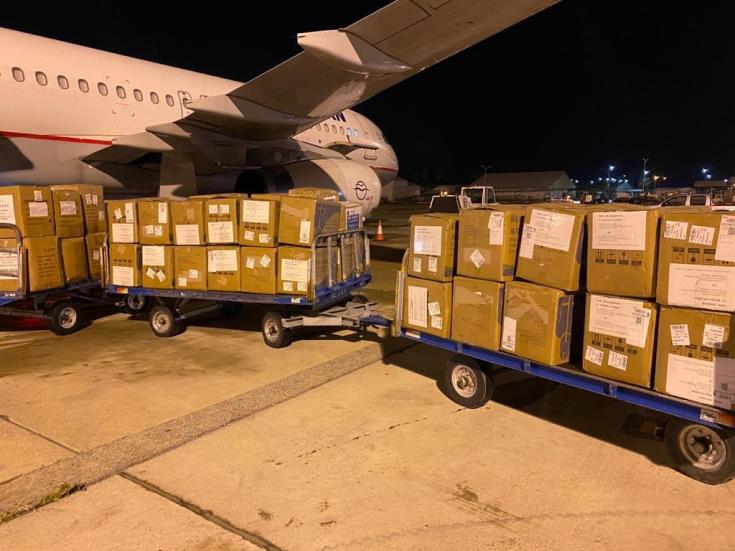 A flight with medical equipment and consumables from China landed at Larnaca airport around 1:30 am on Saturday morning.

The specially modified Aegean Airlines flight that came from China through Athens, brought 9 tonnes of medical protective gear, donations from the Cyprus House of Representatives and the Chinese Embassy in Nicosia as well as consumables bought by the Health Ministry.

The flight was conducted free of charge by Aegean Airlines with fuel donated by energy company Hellenic Petroleum.

The President of the House Demetris Syllouris thanked the Armenian Representative of the House, who he said had the original idea and organised the effort.

“50,000 masks, 5,000 face shields and 4,000 full body medical protective gear is immense help to our medical staff in the front line and is the least we could do,” Syllouris said.

The Armenian Representative at the parliament Vartkes Mahdessian said that “the Armenian community will do its part in this immense effort for our homeland. I hope this nightmare ends as soon as possible and I am confident that we will make it with everyone’s contribution.”

The Minister of Health Constantinos Ioannou took to Twitter to announce the arrival of the new shipment saying that “another 9 tonnes of protective gear arrived in the early hours of the morning that comprise donations from China and the parliament and purchases by Okypy.”

Medical equipment, consumables from China to arrive in Larnaca