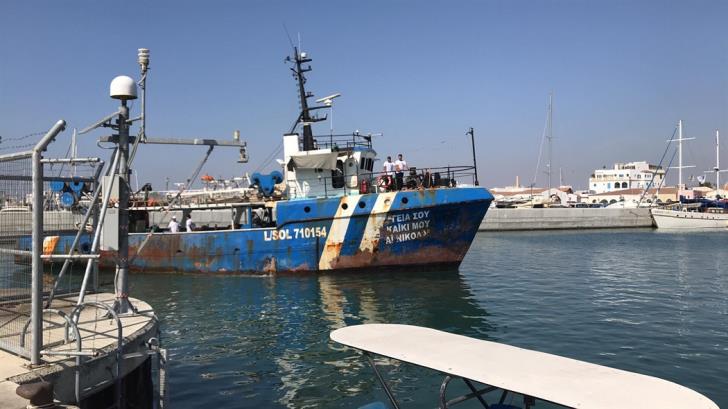 Five Egyptian fishermen boarding a Greek Cypriot boat, who were arrested and detained by Turkish-occupied authorities reached Limassol port today, after their release on Friday.

According to CNA, Kyrenia District ‘Court’ ordered their release and the imposing of a fine of €500 each.

Director of the fishing company which owns the boat, Aristos Aristidou, went to the Turkish-occupied north to pay for the fine.

He traveled back to Republic of Cyprus-controlled area with his car, while the five men set sail from the port of Kyrenia. 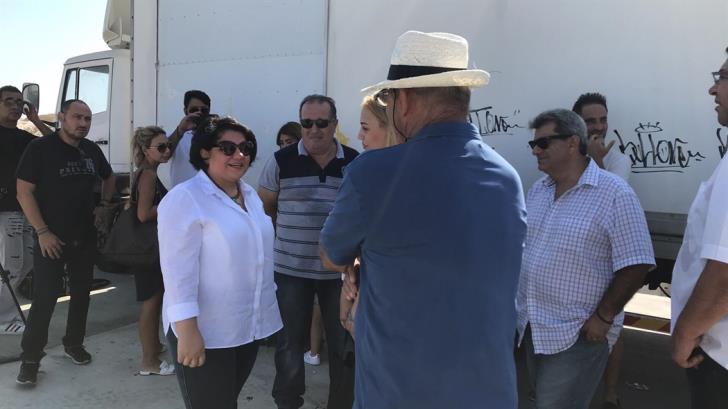 According to Turkish Cypriot media, the crew was arrested on September 21 for entering the “territorial waters” of the illegal regime.

Aristidou told CNA that the crew was fishing in international waters between Akamas and Kormakitis when the incident happened.

UNFICYP and the Egyptian Embassy in Cyprus intervened to resolve the matter.