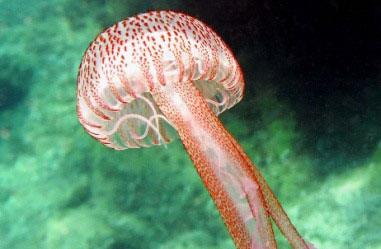 The Protaras coast is free of jellyfish, in welcome news for thousands of holidaymakers and day trippers.

The announcement was made by the Fisheries Department on Thursday which posted an announcement on Facebook saying that a survey of the sea off the eastern coast had  found no reappearance of jellyfish.

Last Friday, the department had warned that jellyfish were still present off the east coasts of Cyprus.

Pelagia noctiluca, also known as mauve stinger, can be dangerous to humans as contact with their tentacles can cause irritation, which can vary in severity depending on the individual, it said.

Two weekends ago, swarms of jellyfish were spotted in Paralimni and Protaras prompting Paralimni municipality to organise a campaign to remove the species from its waters.

The Fisheries Department said the species pelagia noctiluca is considered the most common species of jellyfish in the Mediterranean sea. The increase in their population is the result of climate conditions such as increased temperature and other relevant environmental factors prevailing in the open sea that favour their reproduction.  Currents may then carry them to the coast, it said.

Generally, the presence of  jellyfish usually lasts from a few hours to a few days and depending on the direction of the sea currents and weather conditions, it added.