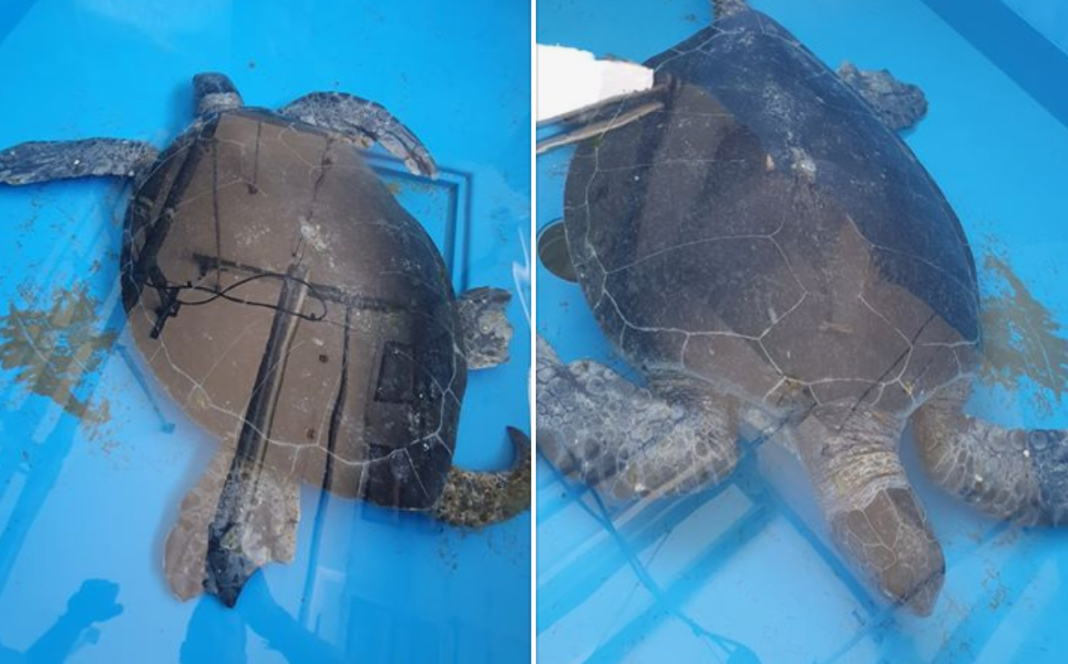 The Department of Fisheries and Marine Research said today that its officers rescued a green sea turtle (Chelonia mydas) named Zeus from Kiti beach in Larnaca where it was found emaciated and infested by leeches.

In an announcement on social media, the Department said that around 6 pm on May 26 they were notified by a citizen that Zeus was spotted stranded on Kiti beach in a lethargic situation and was not responding.

Rescuers sped to the scene and swiftly took the turtle to the Cyprus Marine Aquaculture Research Center (CyMARC) in Larnaca, a section of which operates as a sea turtle rescue centre.

“Zeus was very dehydrated and weak. His shell is 81 cm long but only weighs 61 kgs instead of 80-85 kgs that corresponds to a healthy individual of this size. His body was infested by ectoparasites (leeches) of the species Ozobranchus margoi. His clinical condition suggests that he has been inactive for quite some time,” the announcement said.

The turtle was put on antibiotics overnight, it was added, and was placed in freshwater, a common practice used to remove parasites from a turtle’s body.

“Zeus is now parasite-free, has been moved to a tank with seawater where he is closely monitored by CyMARC staff and is receiving the required treatment. Let’s wish him a speedy recovery and a swift and safe return back to sea,” the announcement concluded.

Read more: The voyage of Anassa