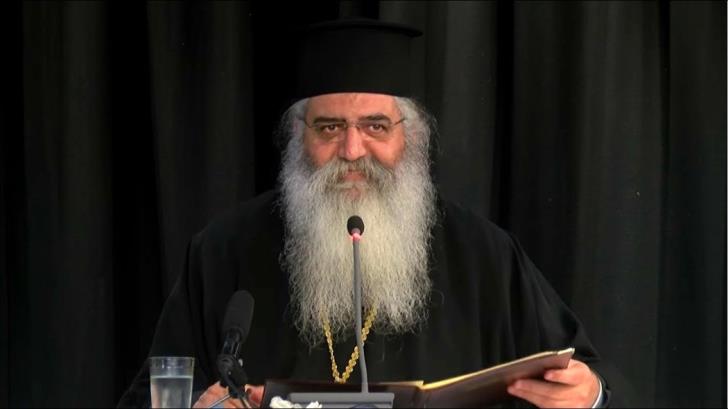 Without commenting on his previous remarks on homosexuality which had triggered a range of responses, Orthodox Bishop of Morphou Neophytos has issued a statement highlighting his respect to the ongoing police investigation.

In his statement the Bishop calls on people to draw upon the grace of the Virgin Mary and says that the prophetic words of modern saints show that the path of redemption begins from our personal repentance.

The announcement posted on the Morphou Metropolitan website concludes: “As for another fire, that of the flesh, the Holy Spirit, and the evil spirits, which some have lit for us, we will not make any comment respecting the ongoing police investigation.”

The NGO Accept – LGBTI had posted on facebook that: “This bishop claims something that is both scientifically unfounded and unethical: that homosexuality can be ‘cured’ through faith and prayer. This is a dangerous position which can be very harmful for many young people.”