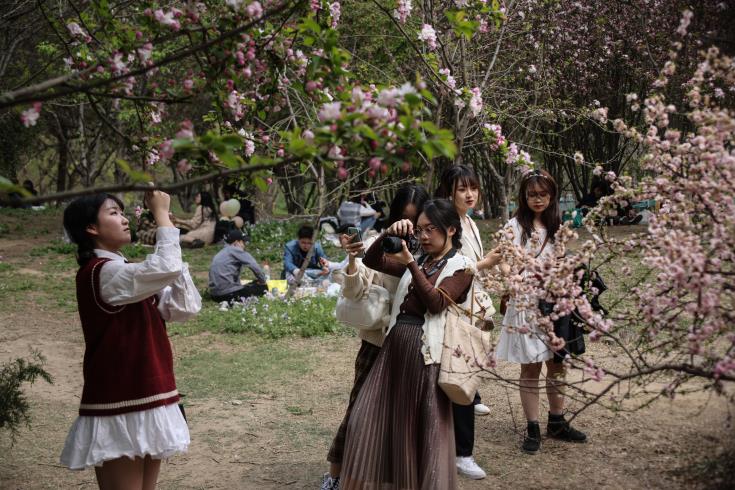 The first ever Chinese Proficiency Competition is set to take place in Cyprus this summer, marking the 50-year anniversary since the establishment of diplomatic relations between the two countries, with Chinese Ambassador Liu Yiantao noting that relations between Cyprus and China are at a “historic high”.

“This year marks the 50th anniversary of the establishment of diplomatic relations between China and Cyprus, and our relationship is now at a historic high,” Ambassador Yantao said addressing the press conference.

“More importantly, Cyprus has been a longstanding friend and partner of China and is an important country along the “Belt and Road”,” he added.

He further expressed the view that knowledge of “the Chinese language will further improve our people-to-people connectivity and bring more job opportunities and development potential especially for the young people.”

On his part, Strovolos Mayor Andreas Papacharalambous said that it is an international competition in which people learning the Chinese language, high school students and university students take part for two decades.

Participants compete in a spirit of fair play on their knowledge of the Chinese language and civilization, a civilization which is as important as the Greek civilization, he noted.

The mayor expressed his wish that many students who study Chinese and live in Cyprus will take part in the competition.

Korantina Homes Director of Advertising and Sales Melina Rafti expressed the company’s support to the Chinese community in Cyprus and to all efforts to bring closer the two countries.

Addressing the press conference Andreas Eftychiou, on behalf of the Cyprus-China Art, Culture & Education Centre said that competitors will be split into three age groups, 6-12, 13 -18 and 19 years of age and over.

The Centre is already accepting submissions since May 11 and the deadline for submission is June 20. Initially, competitors should prepare and sent three-minute video presentations which should be sent by June 30, while on July 8 the finalists will be announced.

By gavriella
Previous articleVaccination Portal opens for over 40 – vaccination coverage
Next articleWhere to get a free rapid test on Friday, 11 June