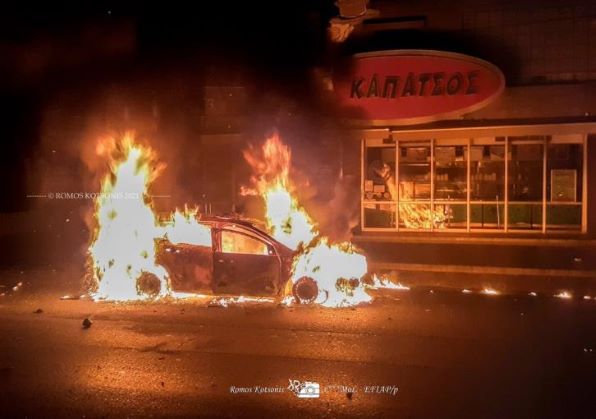 Thousands of firecrackers and fireworks caused havoc last night in Cyprus, before and after Holy Saturday Resurrection mass, as mainly youths lit up the sky and caused deafening sound pollution in many a city neighbourhood across the island, mainly near churches.

In Limassol, things turned much worse, as youths set tires on fire and then torched a police patrol car and a moped in a central area of the coastal city. The fire in the patrol car was a caused by a molotov cocktail. 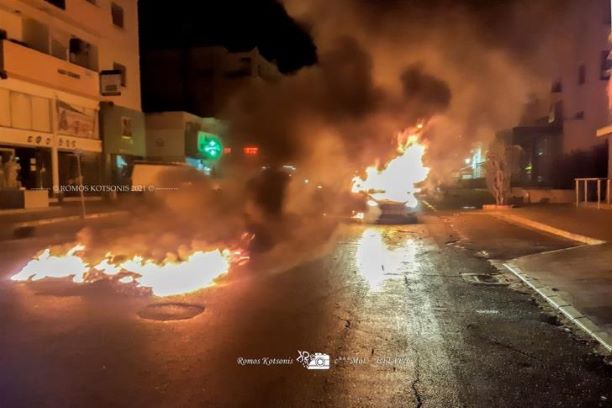 The incident begun just before Resurrection Mass when a police unit patrolling for possible violations of covid protocol rushed to the Ayios Nikolaos area following reports that youths were burning tires and throwing firecrackers.
The group of youths responded with stones, molotov and firecrackers both in this area, as well as Zakaki, where youths broke the windshield of a patrol car with stones, as well as Ayios Antonios, where a 17 year old was arrested.
In Mesa Yeitonia, police discovered and confiscated three firework launchers, while in Ayios Athanasios, a moped was torched and destroyed.
Authorities are looking into closed circuit cameras and are expected to make arrests later today.
By Constantinos Tsintas
Previous articleGreat Cypriot poet Michalis Pasiardis dies at 80 (update)
Next articleA summer Easter of 37C, rising further tomorrow