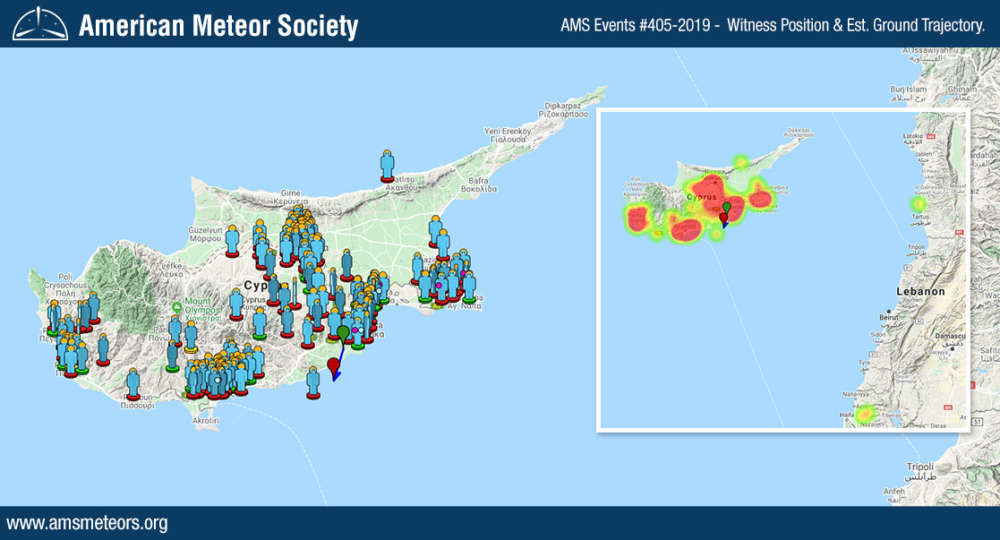 The Amerian Meteor Society and its international partner the International Meteor Organization (IMO)  have received more than 185 reports so far about a fireball event that occurred over Cyprus on January 21, 2020 around 22:06 Eastern European Time, the AMS said on its website.

The AMS #2020-485 event was mainly seen from the island of Cyprus in the Eastern Mediterranean but reports also came in from Lebanon (from Beirut) and Israel (from Rakefet and I’billin), it added.

The preliminary trajectory computed based on all the reports submitted to the AMS and the IMO so far shows that the fireball was traveling from North East to South West and ended its flight somewhere over the Mediterranean Sea (South of Cyprus).

NASA’s CNEOS (Center for Near Earth Object Studies) later confirmed the location of the event and was able to calculate a source energy of about 100t of TNT as well as a velocity of 27.4 km/s.

Along with the report, the American Meteor Society also posted videos sent to it, including the video below by Kitas Weather.