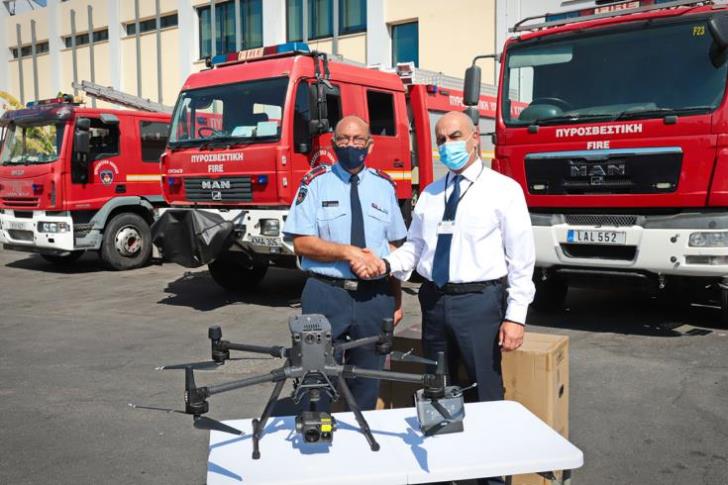 The Fire Service has been reinforced with two modern drones to prevent incidents like the recent fire in the mountainous area of Limassol. The equipment was offered by the Hellenic Petroleum Cyprus (EKO).

According to an announcement of the Fire Service, the equipment was delivered during a ceremony on Tuesday 27 July in the presence of officials from both the Fire Service and EKO.

The donation exceeds 40,000 euros and includes in addition to the drones the training of the people who will handle them. Certified trainers will train members of the Fire Service in their operation aiming to spot and put out fires since their operation is not limited during the fire but can also patrol and spot possible sources or dangers.