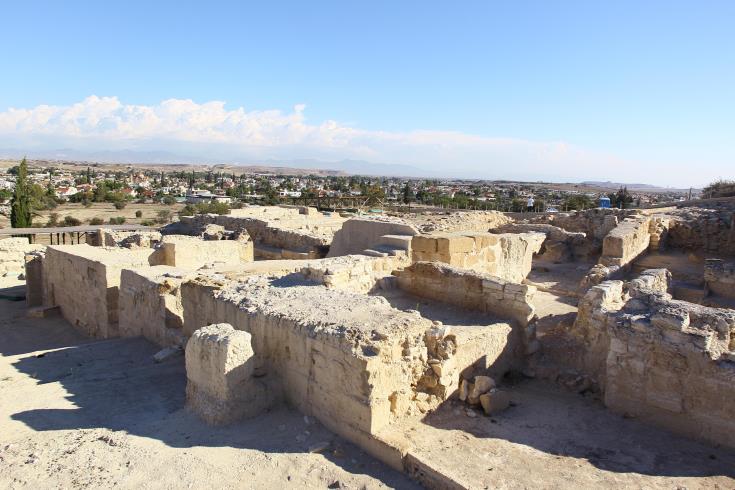 The Antiquities Department is in a race against time to minimize fire hazards in archeological sites ahead of a busy summer season that sees many tourists visiting Cyprus’ ancient treasures.

Speaking to CNA, a day after the devastating blast at the iconic Parisian cathedral of Notre Dame, the Director of the Department of Antiquities Marina Solomidou-Ieronymidou notes that the biggest challenge in Cyprus’ archaeological sites is fire safety, due to dense vegetation caused by heavy rains on the island.

“We do what we can in order to avoid any ugly incidents, mainly with regard to fire hazards” intensified by Cyprus’ high temperatures during the summer months, says Solomidou-Ieronymidou.

She recalls a blast near the neolithic settlement of Choirokoitia, in the summer of 2013, with the archaeological site eventually skipping danger. A plan to manage risks and improve authorities’ preparedness in dealing with potential dangers was drafted only after the incident, she says.

Asked about overall preparedness, the Antiquities Department Director says “we are ready to the degree possible.” “You see what happened with the blast in Notre Dame. I can’t believe that services were not prepared to deal with such an incident. It happened nevertheless” she added.

Following a particularly rainy winter season, Cyprus’s archeological sites prepare to welcome tourists, and the Antiquities Department is in a race against time to remove the vegetation from as many areas as possible. Solomidou-Ieronymidou says that priority was given to most visited archeological sites, including the Paphos Mosaics, Tombs of the Kings and Kourion.

Other sites are expected to follow soon, the Director notes however the various restrictions due to her understaffed Department. “We need more people to act more swiftly. We try to do what we can with the means available to us” she says. “A lot is being done but there is still more to do” she concludes.

“A lesson for all”

Takis Hadjidemetriou, the Greek Cypriot Head of the bicommunal Technical Committee on Cultural Heritage, expresses grief over the destruction of Notre Dame and refers to the global mobilization to secure funds for the reconstruction of the burnt-out cathedral.

Hadjidemetriou, who co-heads a bicommunal team active in restoring cultural heritage monuments in divided Cyprus, tells CNA that rebuilding monuments should be a national priority mobilizing everybody.

It is a shame to lose monuments due to lack of funds, he says, adding that the mobilization to raise money for the reconstruction of Notre Dame highlights people’s struggle to save monuments from extinction.

The difference with Notre Dame is that in Cyprus, monuments are left to deteriorate because of the conflict, he concludes.