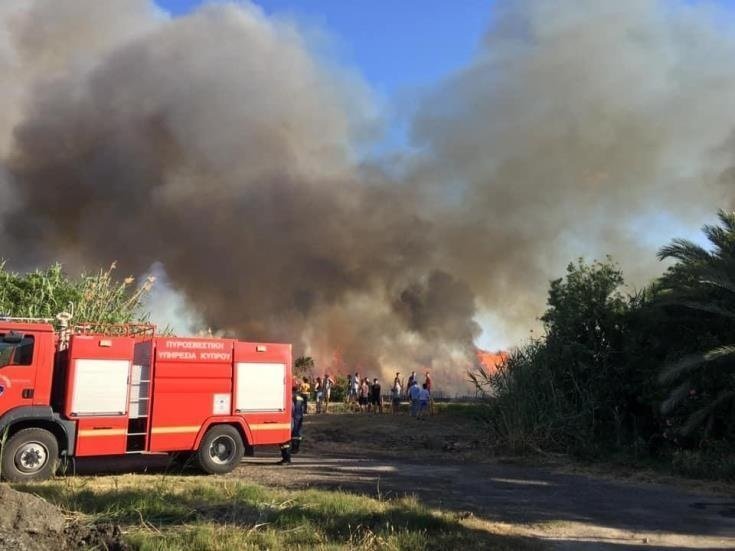 Fire fighters are bracing for a tough summer ahead as the second consecutive winter of abundant rains has left behind lush vegetation.

Concerns are heightened by indications not only of human carelessness but also of malicious action.

Over the weekend fire fighters and the forestry department, often assisted by volunteers, did battle with more than 20 fires all over the island.

“No fire breaks out on its own. If we have a fire it is because of human activity,” said fire services spokesman Andreas Kettis.

Phileleftheros reports that three arrests have been made for fires that broke out last week while police are also looking for a man spotted by citizens in Aglandjia, a little before a fire broke out there on Sunday afternoon.

Aglandjia mayor Charalambos Petrides said there were reasonable suspicions that the fire was set deliberately.

He said members of the public had seen a man wearing shorts and a hood who was starting fires.

Yesterday, Larnaca mayor Andreas Vyras said Sunday’s fire in the salt lake area was set deliberately in what he described as a sick and mistaken idea that burning the reeds would eliminate the mosquitoes.

In one case police arrested a man who was attempting to burn dry grass in the Paphos area on May 23. Another person burning stubble in a field in Tseri was arrested while a person was arrested in connection with a fire in Peristerona on Wednesday.

Andreou said that for police there is no such thing as an accidental fire because they break out for reasons which are prohibited.

Kettis added that fires do not break out because of the heat or strong winds. These are factors that help spread them but in the overwhelming number of cases it is human activity that is to blame.

He underlined the need for every property owner to clear dry grass. “People complain about danger to their property but they don’t see that they left dry grass all around which feeds the fire,” he said.

As regards the Aglandjia fire he said that fires that break out repeatedly in the same area cease being coincidental. The fire in Ysponas on Saturday broke out in three different areas, so that  was not a coincidence.

Forestry Department head Charalambos Alexandrou said that last year of the 83 fires handled by the department, fines were imposed for 19.