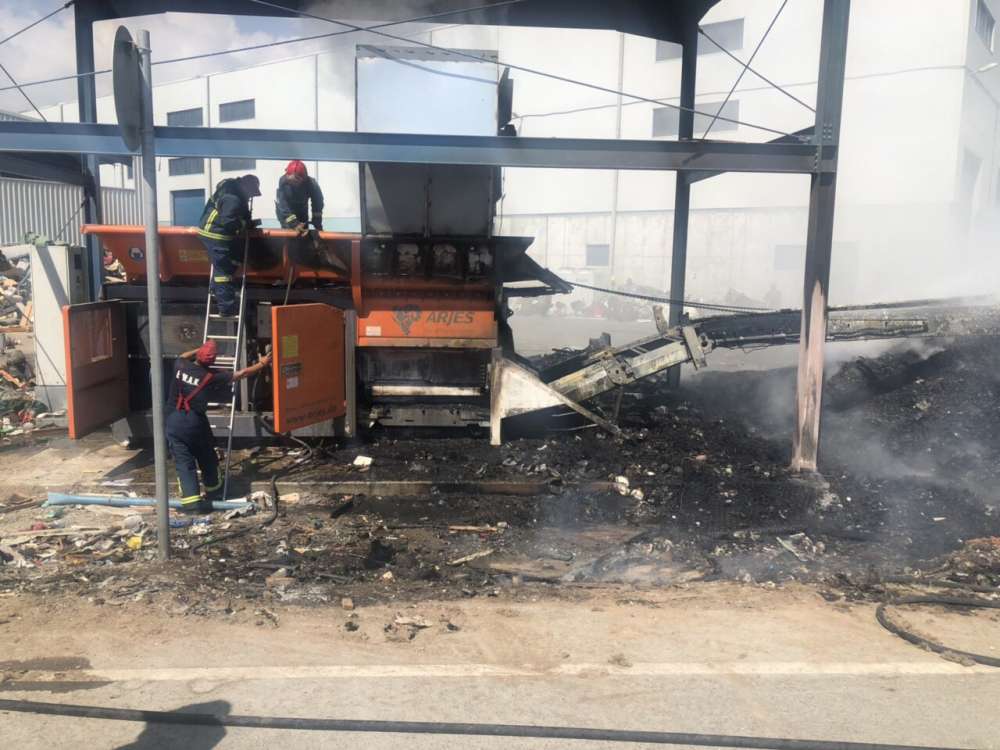 Fire fighters have extinguished a fire which broke out at a waste-sorting plant in Pentakomo on Friday morning.

Fire service spokesman Andreas Kettis said four fire trucks of EMAK with 12 fire fighters had responded to the fire at 11.35 am and the fire was under control by 12.23.

Kettis said that  a waste sorting machine sustained serious damage from the fire, while the rubbish that was being sorted was burned.

The fire was caused by sparks from metal and flammable rubbish.