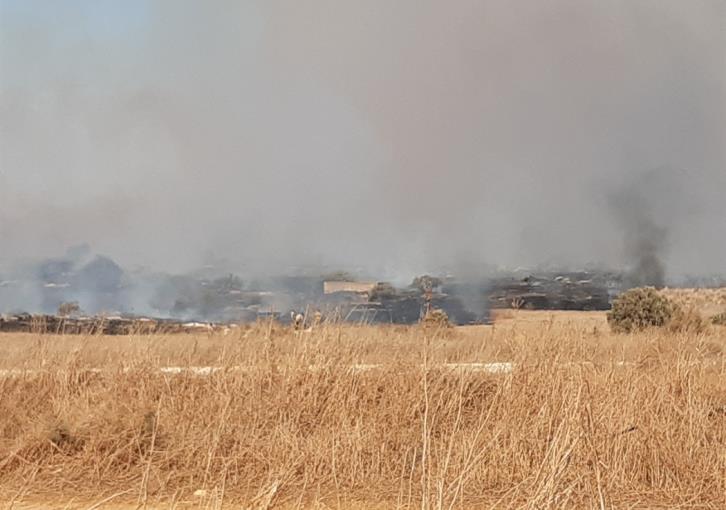 For the second time in approximately two months. the Turkish army set the area of Achna on fire. Specifically, a huge fire has been raging as of noon north-west of the occupied part of Achna. As residents of Dasaki Achnas denounced and as philenews saw, armed Turkish soldiers have been deployed along the raging front and are obstructing the firefighting vehicles of the Dhekelia British Bases to put down the fire. Dozens of residents of Dasaki Achnas have gathered opposite the front, ready to put down the fire if it crosses the road, so that Dasaki Achas will not be in danger.