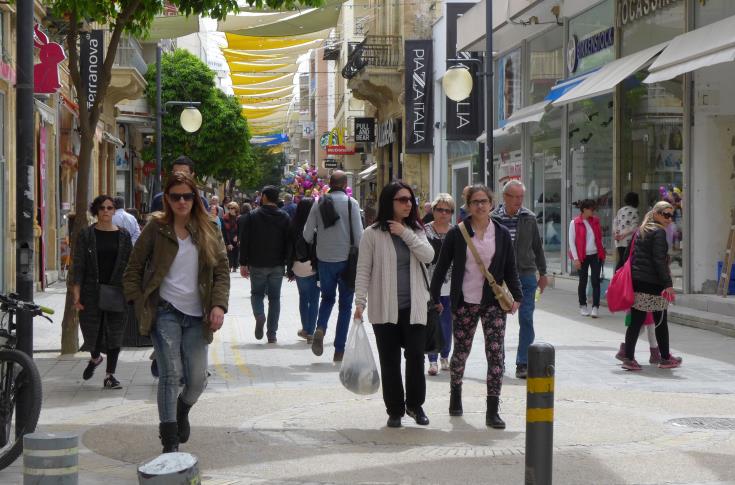 The results were presented on Tuesday during a meeting of the Parliament`s Labor Committee.  Results also show that the emotional state of Cypriot youth following the outbreak of the pandemic, is overrun with negative feelings. Anxiety/stress is a feeling that prevails in 46% of young people. Combined with 28% who say they feel insecure/precarious and 10% who say they are concerned; a severe state of uncertainty seems to prevail among young people.

Findings indicate that 32% of the participants are seriously concerned about social inequality in society, such as the existence of social stereotypes and prejudices , combined with economic issues (14%), the general lack of good prospects (9%), and the high cost of living (8%).

The overall level of satisfaction as regards life satisfaction shows a slight increase, compared to the previous study (70% were very or quite satisfied compared to 64% of the participants) which was carried out while strict restrictive measures were in place (local and universal lockdown). However, the percentage remains significantly lower compared to the first study (85%), which was conducted before the outbreak of the pandemic.

Among the biggest challenges faced regarding the effects of the pandemic are issues  related to measures put in place in order to reduce the spread of the disease, such as restrictions on transportation (33%), the demonstration of Safe Pass (25%), the mandatory mask use (23%) and the general feeling of restricting human rights (12%).

As regards the interest in Politics, the study shows that  majority of the participants (67%) have little or no interest in politics.
This percentage does not show a statistically significant difference from the previous studies  (65% in the 2nd Neo-Barometer and 68% in the 1st Neo-Barometer).

Young people seem to be more optimistic about the future compared to the previous survey, as 80% say  they are very or quite optimistic.

Professional recognition is the goal that prevails for the next five years in 61% of young  people. The successful completion of their studies is expected by 31%, while 22% seek financial independence.

The data collection process took place in July and August of 2021, in nationwide coverage, both in urban and rural areas.

By gavriella
Previous article
Cannabis use rises and cocaine use falls in Cyprus, surveys show
Next article
Three deaths from Covid and 4,673 new cases on Tuesday