Final cost of capital’s controversial Eleftherias square on the way 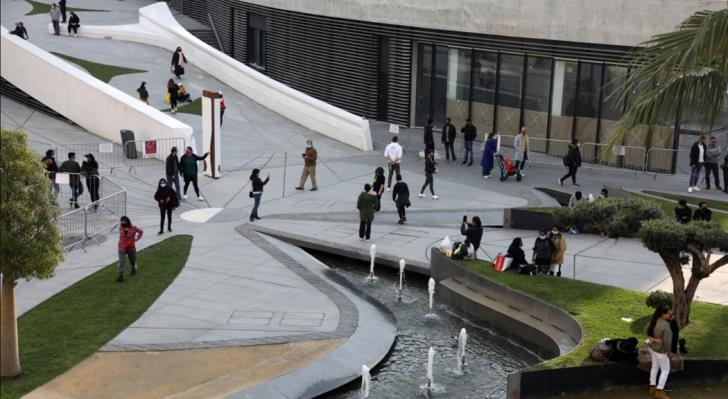 With controversial Eleftherias square in Nicosia finally completed after nine years its architect – the prestigious Zaha Hadid office – is preparing the final cost which is estimated to exceed €40 million.

Even though the initial cost of the ultra-modern project was set at around €22 million, Philenews reports.

Assessing costs is a complicated affair considering the numerous changes to initial plans, and delays in the project’s implementation which inevitably lead to contractor penalties.

Scrapped plans such as the layout and design of a dining area in the square’s adjacent moat will also be taken into consideration.

So far, none of the contributors are talking about the outrageous “bill” but insiders say the Nicosia Municipality, the project’s architectural office and final contractor will most probably take legal action demanding compensation.

Because no one wants to be burdened with the additional expenses from the original estimated cost.

However, what is a best kept ‘secret’ is that the square has not been officially handed over but has been ‘confiscated’ by the Municipality which is in charge of the project.

What has been ‘confiscated’ is the area where the movement of people is allowed and this took place on January 1, 2021, in an almost secretive way.

Nicosia roads to close during the weekend due to Nicosia Marathon

Nicosia roads to close during the weekend due to Nicosia Marathon