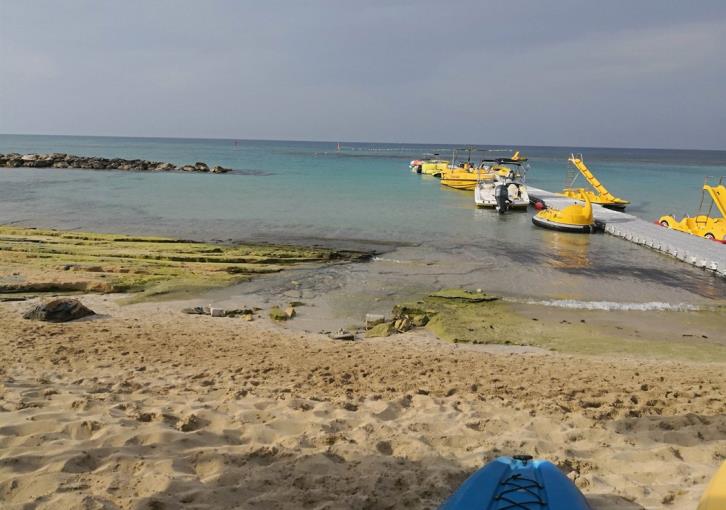 The sand submerged and huge rocks emerged across the shoreline: This is the current, much disappointing picture of Fig Tree Bay, a beach that is voted every single year among Europe’s top 10 beaches picked by TripAdvisor, and which is considered as a magnet for thousands of tourists, both foreigners and locals.

More specifically, the sediment from the shoreline accumulated further down the coast. Paralimni Municipality, in an effort to anticipate the coastal erosion, placed rocks along the east side of the basin.

However, the above-mentioned man-made works have stirred up controversies, as local people are protesting against the alteration and disruption of the natural landscape.

More specifically, on their part, locals are seemed to be concerned about the dangerous effects of coastline changes to the community, complaining about the serious coastal erosion, a phenomenon observed over the last ten years. Locals also do not hesitate to accuse the Paralimni Municipality for exacerbating the situation by placing-allegedly without permission-rocks on the eastern side of the Fig Tree bay.

By In Cyprus
Previous article
Strovolos’ murder case: 21-year-old suspect due to return to the scene
Next article
Christos Christou art exhibition