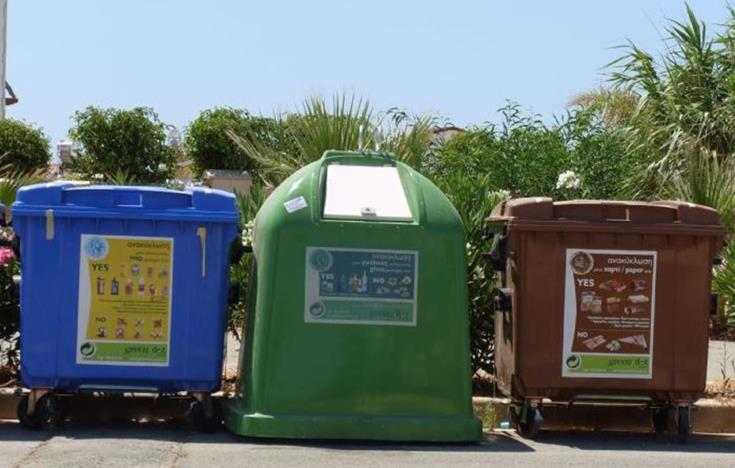 Another 50 recycling bins for the collection of PMD material were installed in the tourist coastal areas of Paphos and in particular in Geroskipou Municipality and the community of Kissonerga, in the framework of “Zero Waste Beach” programme.

The programme is implemented by AKTI Project and Research Center and Coca-Cola/ Lanitis Bros, with the support of the Coca-Cola Foundation against marine litter.

The announcement notes that last year, within a period of three weeks, almost 5 tons of PMD material were collected from 20 bins installed in a coastal stretch of 0.5 km.

With this initiative, local authorities and communities are encouraged to exert more efforts in reducing plastic waste and in improving their waste collection infrastructure, while increasing their recycling levels, it is added.

Material collected in the bins will be transferred to the Paphos Green Point, to be separated and recorded by AKTI staff members.

“Zero Waste Beach” focuses on five main pillars including the reduction of waste ending up in coastal areas of Cyprus, promoting innovative and sustainable practices with businesses, local authorities and the public, raising awareness on maritime pollution, organizing annual clean up campaigns and recording recyclable waste produced by onshore businesses.