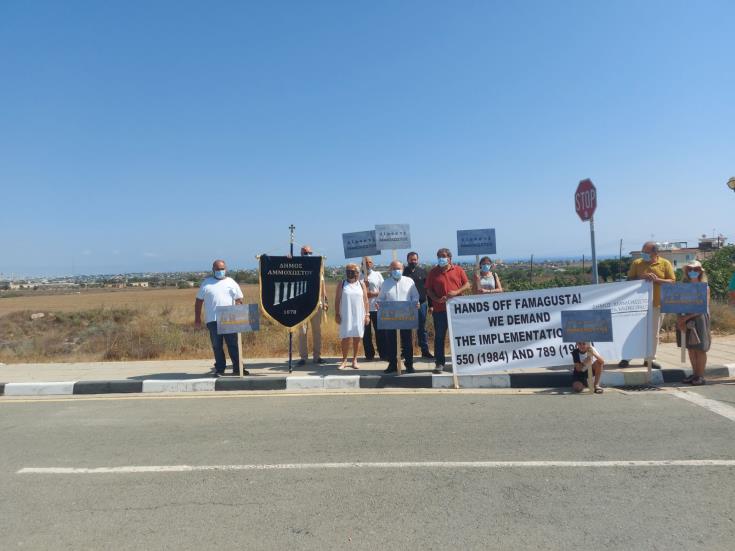 The Turkish-occupied Municipality of Famagusta begins an international campaign to persuade foreign countries to exert pressure on Turkey as regards its stance in the fenced off town of Varosha. The Mayor Simos Ioannou said that if there is no change then the only solution is for Cyprus to appeal to the UN Security Council.

The Mayor made statements on Tuesday during a symbolic five minute stoppage titled “We are all Famagusta“ to protest Turkey`s provocations in Varosha and the illegal visit by the President of Turkey to the occupied areas. He hoped that everyone in Cyprus and abroad will stand by their side in the just struggle for Famagusta.