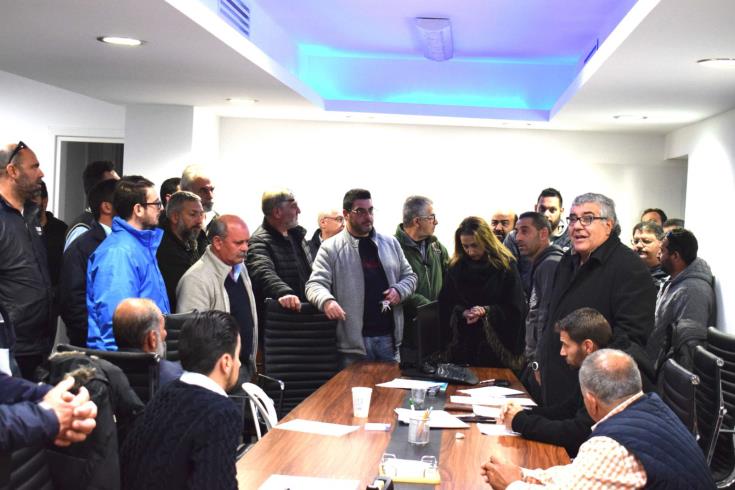 Famagusta bus company (OSEA) employees will stage a work stoppage on Monday to voice concern after the Transport Ministry awarded the 10 year bus contract in the district to a different company.

The employees, who fear for their jobs and are asking for safeguards, took the decision at an urgent meeting last night.

The work stoppage will begin after the Monday morning school run which will be carried out normally. The employees will then go to Nicosia where they will gather outside the Administrative Court which on Wednesday is due to hear a legal challenge from the company against the new joint venture awarded the contract. On Monday it will hear a similar request from the inter-city bus company.

“The gathering outside the court will be carried out symbolically as a gesture of support to employers. If the court’s decision on Monday rejects the request by the inter-city bus company and by extension that of OSEA, then employees are ready to take more dynamic action with an indefinite strike,” they said.

Their representative Pavlos Varnava said that employees’ main request is safeguards from the Labour and Transport Ministry as to their rights for the next 10 years. They also want to be informed about how the company will operate and whether it is true that that the bus fleet will be cut.

Varnava added added that the company was set up not only by the owners but by the employees as it relies on drivers from all of Famagusta district. He noted that from the first day of the company’s operation, there had been a number of problems which owners and employees had resolved without a single day of strike action.

He urged the court and the Transport Ministry to reconsider the award of the tender and to show appreciation for the experience and support of the local community as expressed through the work of the company and the employees of OSEA.