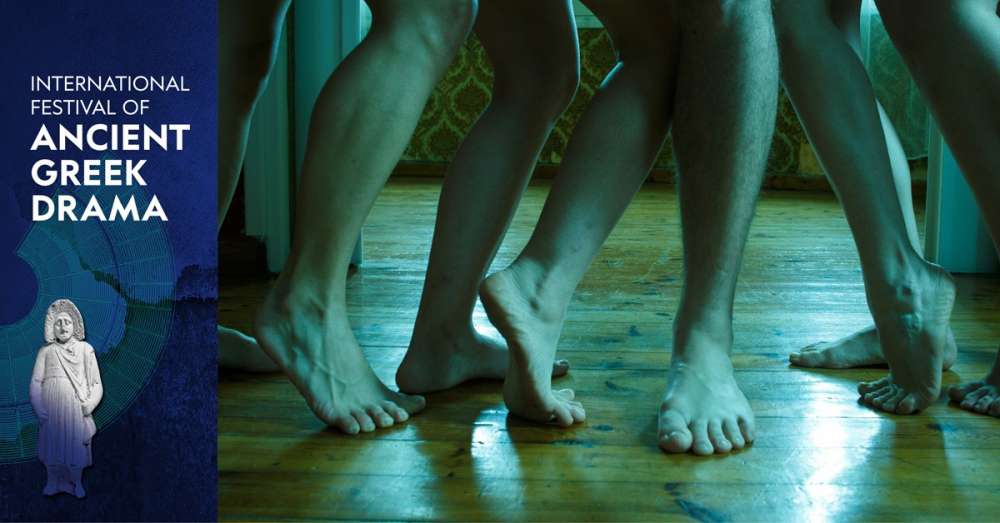 The first artistic collaboration of its kind in Cyprus theatre history, it is a  synergy between Cypriot artists and a Japanese female artist.

The intercultural production aims to create a new performance language, juxtaposing the worlds of East and West, Male and Female, Instinct and Reason, while presenting Dionysus as an “idea”, a concept rather than dialectic, provocative and elusive. Japanese-inspired acting techniques and aesthetics are utilised in an attempt to represent Dionysus and Bacchae, as the “Other”, through the collision of the native and the newcomer, the resident and the stranger.

Performances will take place on Thursday, July 18, at  Skali” Amphitheatre, Aglantzia, Saturday, July 20, at the Curium Ancient Theatre and Monday, July 22, at the Paphos Ancient Odeon. There will be English surtitles and t

In Bacchae, Euripides recounts the advent of Dionysus to Thebes in order to impose his worship, the bacchanalian cult. King Pentheus refuses to accept it, and Dionysus gets his revenge. He infuses frenzy to the women of Thebes and Pentheus finds a horrid death by his own mother, Agave.

According to the Director’s note, for decades, scholars have been referring to the surprising similarities between ancient Greek drama and the Japanese Noh theatre. These two traditions, from two distant countries, mysteriously share similar aesthetics. This, he said, became the production’s incentive: to combine two different cultural codes and aesthetics and create a new performance language in the form of an intercultural production of Bacchae.

Izumi Ashizawa adds that through the Bacchae production, the worlds of East/West, Male/Female, Reason/Instinct are stylistically juxtaposed. Dionysus is presented as an “idea”, a spiritual concept, elusive and provocative character. Japanese-inspired techniques and aesthetics are utilised to represent Dionysus and Bacchae, “the Others”. The Western realism exemplifies the rigid and falling world of Pentheus. The juxtaposition of two completely different acting and aesthetics visualizes a clear tension between the two worlds: the resident vs. the stranger. This conflict further mirrors the recent European and American immigration crisis.

Except for the male actor who plays the role of Pentheus, all other cast members consist of female performers.

By In Cyprus
Previous articleCyprus committed to cooperation with China under One Belt, One Road – House President
Next articleTurkish defence ministry says first parts of S-400 delivered on Friday