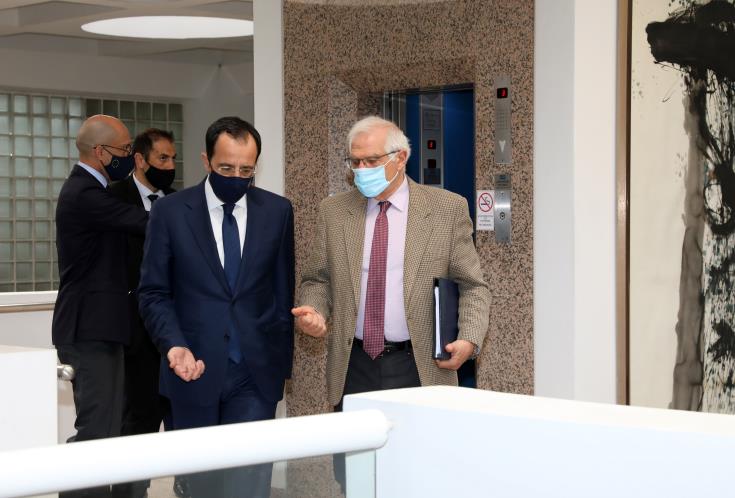 EU High Representative Josep Borrell has expressed his will to work and carry out the mandate of the European Council in relation to Turkey which also includes the Cyprus problem.

The mandate is described in the Joint Declaration of the EU27, in a text that he posted on the EEAS website covering the future of EU-US relations, a CNA report from Brussels said on Tuesday.

The gist of the mandate is that the EU needs to continue engaging actively with Turkey to ensure and sustain a more constructive attitude.

“With EU Ministers, we agreed that there has been an improvement when it comes to the overall rhetoric used and the situation in the Eastern Mediterranean.

“At the same time, we have seen very worrying decisions domestically, notably the crackdown on the democratic opposition party HDP and the announced withdrawal from the Istanbul Convention – protecting women’s rights.

“I had a long conversation with the Turkish Foreign Minister Mevlut Cavusoglu where we discussed these issues and the Cyprus question, following my recent visit there.

“We need to continue engaging actively with Turkey to ensure we get and sustain a more constructive attitude.”