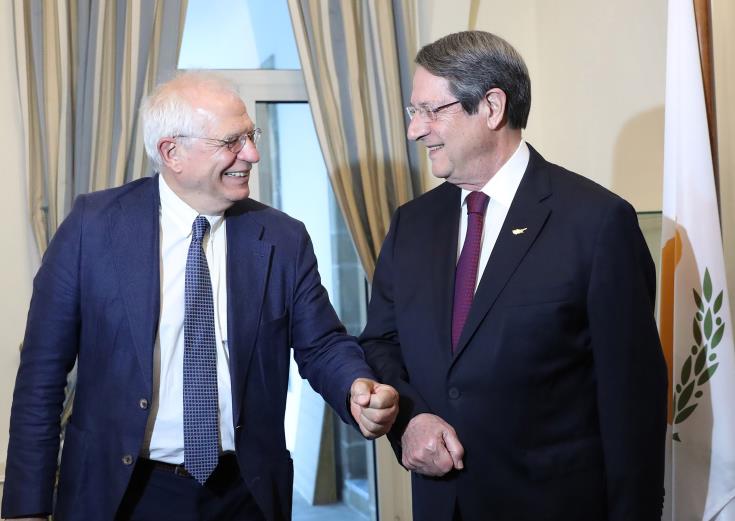 EU High Representative for Foreign Affairs and Security Policy Josep Borrell will visit Cyprus on March 5-6, it has been officially announced.

Cyprus President Nicos Anastasiades had a telephone conversation on Tuesday evening with Borrell who informed of his intention, a press release by the Presidency also said.

Borrell’s visit is in view of next month’s informal UN-brokered 5-party summit on divided Cyprus in New York.

By Annie Charalambous
Previous articleRain, thunder and snow falling on Wednesday
Next articleA Carnival float depicting the coronavirus in Nice