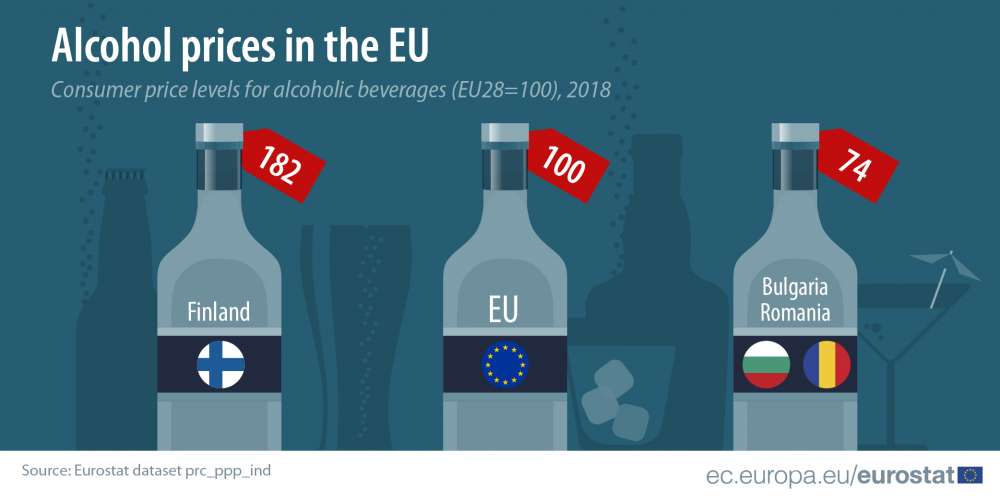 The price of alcoholic drinks in Cyprus in 2018 stood slightly above the EU 28 average, according to figures released by Eurostat on Friday.

It said that in 2018, the price of alcoholic drinks across the European Union (EU) was more than twice as high in the most expensive Member State than in the cheapest one.

In contrast, the price levels for alcoholic drinks in 2018 were lowest in Bulgaria and Romania (both with a price level index of 74) followed by Hungary (77).

Cyprus was slightly above the EU average at 103 and ranked the 11th most expensive in the bloc. 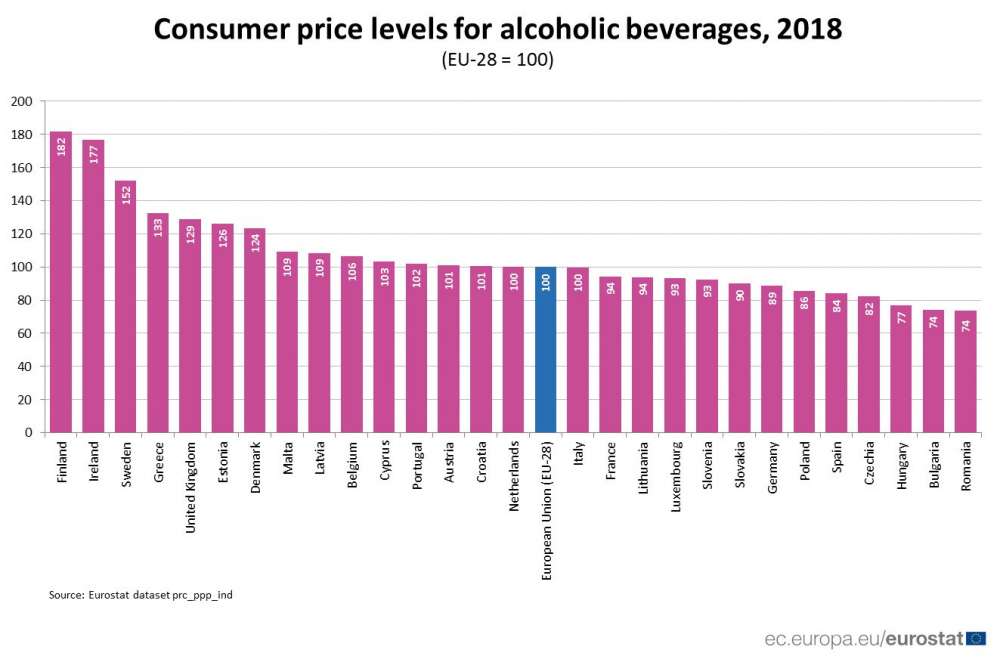