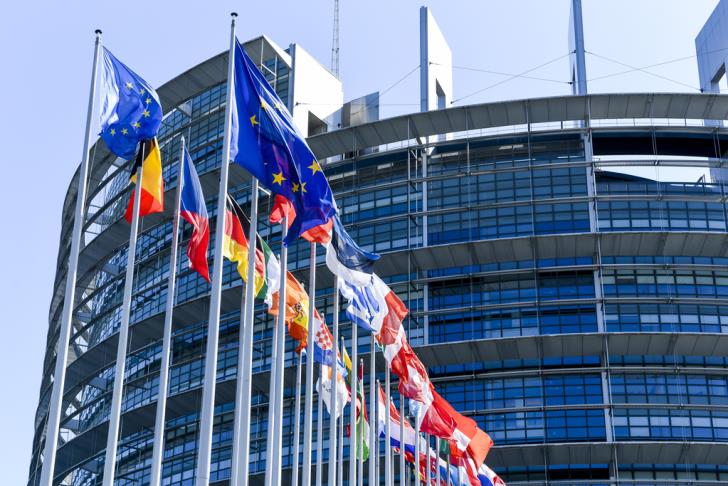 The European Parliament on Wednesday adopted a report on Turkey’s accession process noting serious concern that its government has pursued a continuous and growing distancing from EU values and standards in recent years.

The report also recommends the formal suspension of accession negotiations with Turkey in line with the negotiating framework from October 2005.

“…(The suspension) is in order for both sides to review in a realistic manner and through a structured and comprehensive high-level dialogue, the appropriateness of the current framework and its ability to function, or, if necessary, to explore possible new models for future relations,” it said.

“Unilateral actions in the Eastern Mediterranean as well as strong and at times provocative statements against the EU and its Member States have brought EU-Turkey relations to an historical low point, having deteriorated to such an extent that it requires both parties to profoundly reassess the current state of these relations and their framework, in order to restore dialogue in a context of mutual trust and cooperation and effectively solve the root causes of the current conflicts,” it added.

The EP is deeply concerned that, over the years, the lack of progress in Turkey’s convergence has transformed into a full withdrawal, marked by a stark regression in three main areas:

(i) backsliding in relation to the rule of law and fundamental rights,
(ii) adopting regressive institutional reforms and
(iii) pursuing a confrontational and hostile foreign policy, including towards the EU and its Member States, especially Greece and Cyprus.

On Cyprus, the report notes that the EP “is deeply concerned by Turkey’s unprecedented illegal behaviour in the Eastern Mediterranean conducted by an EU candidate country against EU Member States, and by the related security and stability risks”.

“The EP strongly condemns Turkey’s illegal activities in Greek and Cypriot waters, as well as its violations of the Greek national airspace, including overflights of inhabited areas, and its territorial sea, which violate both the sovereignty and the sovereign rights of an EU Member State and international law.”

The EP also expressed its full solidarity with Greece and the Republic of Cyprus and reaffirmed the right of Cyprus to enter into bilateral agreements on its exclusive economic zone (EEZ) and explore and exploit its natural resources in full compliance with relevant international law.

It urges Turkey and all stakeholders involved to engage in “the bona fide peaceful settlement of disputes and to refrain from any unilateral and illegal action or threats; stresses that a sustainable conflict resolution can only be found through dialogue, diplomacy and negotiations in a spirit of good will and in line with international law;

“Calls on all sides for a genuine collective engagement to negotiate the delimitation of EEZs and the continental shelf in good faith, fully respecting international law and the principle of good relations between neighbours.”

It also “notes with regret that the casus belli declared against Greece in 1995 has not been withdrawn yet”, but welcomes “the new round of exploratory talks between Greece and Turkey, after a five-year hiatus which seek to address, amongst other things, the delimitation of the continental shelf and the EEZ in line with international law. ”

It reiterates its call on the Turkish Government “to sign and ratify the United Nations Convention on the Law of the Sea, which is part of the European Union acquis.”

Furthermore, the Parliament in paragraph 67,  “strongly condemns the partial illegal reopening of Varosha in the city of Famagusta, which undermines mutual trust and therefore the prospect of the resumption of direct talks on the comprehensive resolution of the Cyprus issue, by changing the situation on the ground for the worse, exacerbating division and embedding the permanent partition of Cyprus.”

The report “warns against any change of the status quo in Varosha in violation of the UNSC resolutions” and calls on Turkey “to reverse this action and avoid any other unilateral action that could raise further tensions on the island, in compliance with the recent call of the UNSC”.

It calls on Turkey “to withdraw its troops from Cyprus, to transfer the Varosha area to its lawful inhabitants under the temporary administration of the UN in accordance with UNSC Resolution 550 (1984) and to refrain from actions altering the demographic balance on the island through a policy of illegal settlements.”

It reiterates its call on Turkey “to commit and contribute to a comprehensive settlement in line with the relevant UNSC resolutions, including on the restitution of property and the preservation of religious sites”.

The report, among other issue calls upon Turkey to reverse its withdrawal from the Istanbul Convention, urges the country to recognize the Armenian Genocide and calls for an EU-Turkey leaders’ meeting after a genuine process of de-escalation, in order to review the current framework of relations or explore new, more effective models for EU-Turkey relations.